Back to Life, Back to The Mile

You are here: Home1 / Ikey Tigers2 / Back to Life, Back to The Mile 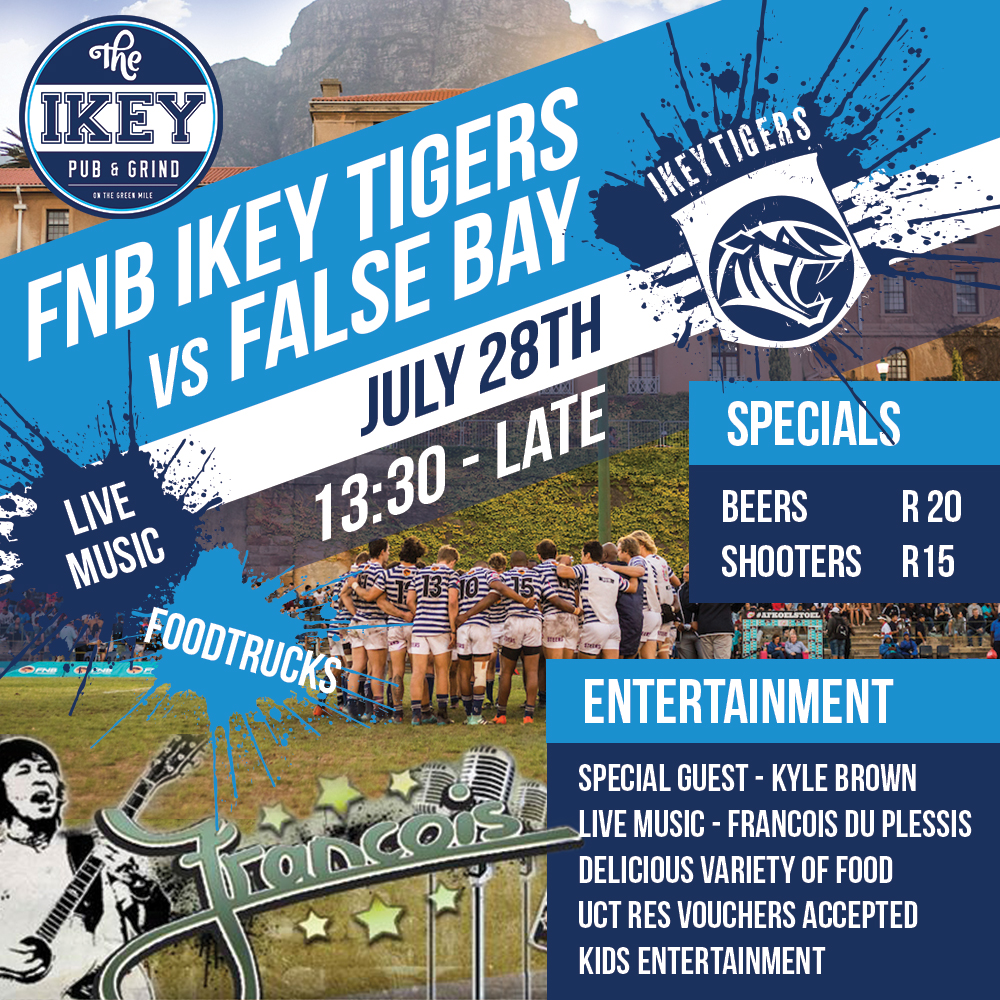 Back to Life, Back to The Mile

The FNB Ikey Tigers resume their Western Province Super A League rugby season this weekend with an absolute blockbuster of a fixture taking place at the picturesque UCT Green Mile.

The home team FNB Ikeys take on last year’s league winners and current Gold Cup champions False Bay in what should be one of the games of the season.

These two teams have a strong history of sharing players in the past which has led to their intense rivalry in modern day. This year on top league points and bragging rights, the two teams will be playing for the Mark Jordaan Trophy. Jordaan was a popular member of both clubs back in his playing days who sadly passed away in the mid 80’s.

The FNB Ikeys are coming out after the break with confidence after a very impressive unbeaten start to the season, including a very memorable away win against Stellenbosch.

A win at home this weekend against the previous champions will really lay down their marker as potential title contenders for the season.

But the current champions won’t make it easy for them, having only lost one game thus far this season and with a very impressive number of bonus point wins False Bay are most certainly making a strong claim to defend that title.

False Bay were victorious the last time these two sides met in the league with an impressive 58-7 win at home but this year they’re coming up against a different beast in the current Ikey Tigers who are hungry to prove a point this season.

The day’s festivities kick off with both the UCT 3rd team and the U20’s taking on their False Bay counterparts at 13:20. The U20’s will also be looking to hold onto their unbeaten run this season. This will be followed on by the 2nd team match at 14:40 and finally Kick-off for the big showdown is at 16:00 this Saturday at the Green Mile at UCT.

The UCT Pub & Grind will be open serving drinks and food throughout the day. You don’t want to miss on what should a memorable day of local rugby.