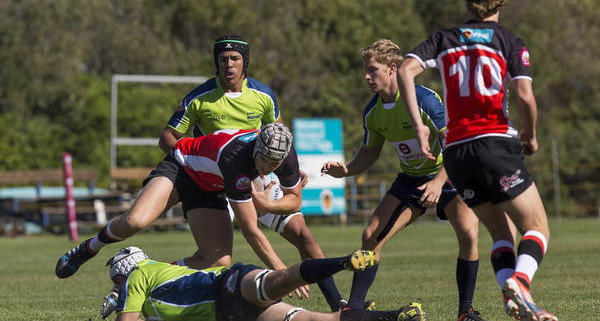 Captain of the Steinhoff Tornadoes and in his fourth year of a Bachelor of Business Science degree (Finance and Accounting), Alessio De Gouvea looks back fondly at his earliest rugby memory. “I remember travelling to Paarl and playing barefoot on an icy field. I got a good introduction to rugby from the boys in Paarl,” jokes Gouvea.

Moving to Cape Town when he was nine, Gouvea picked up rugby and hasn’t stopped playing since. His love for the sport only grew during his high school career. “In high school, I was always playing either for the A team or B team, it was always changing. I really enjoyed it, and it was the main sport I played at school,” Gouvea said.

After high school, the flank decided to travel abroad on his gap year. He soon found himself playing club rugby in England – an experience he’ll never forget. “I played some rugby in the England Midlands. We played in different conditions, we even played in snow. Here at UCT, we play running rugby, but over there it was very forwards orientated, we just had to bash it up and win as many penalties as we could,” said Gouvea.

Upon his return to South Africa, Gouvea enrolled at the University of Cape Town and started playing for the UCT Under-20 rugby team before eventually joining the Steinhoff Tornadoes a year later.  “After a while, the work got a bit too much and I wasn’t able to train as much as I was required to. So in my second year, I joined the internal team and I’ve been here for three years,” Gouvea said.

“It’s great, because we still get to play competitive rugby even though we don’t have as much time to train,” he added.

Rugby is also big in his family, with his stepfather a former Queens 1st team player and his younger brother, Stef De Gouvea, a member of the current FNB Ikey Tigers squad.

For Gouvea, his studies will always remain a priority. However, he won’t be leaving rugby behind for a very, very long time. “I’m still going to play rugby for a few years, I’m not sure how serious I’ll get but I do know that I won’t quit anytime soon,” Gouvea concluded.

FNB UCT get a quick chance at redemption
Scroll to top