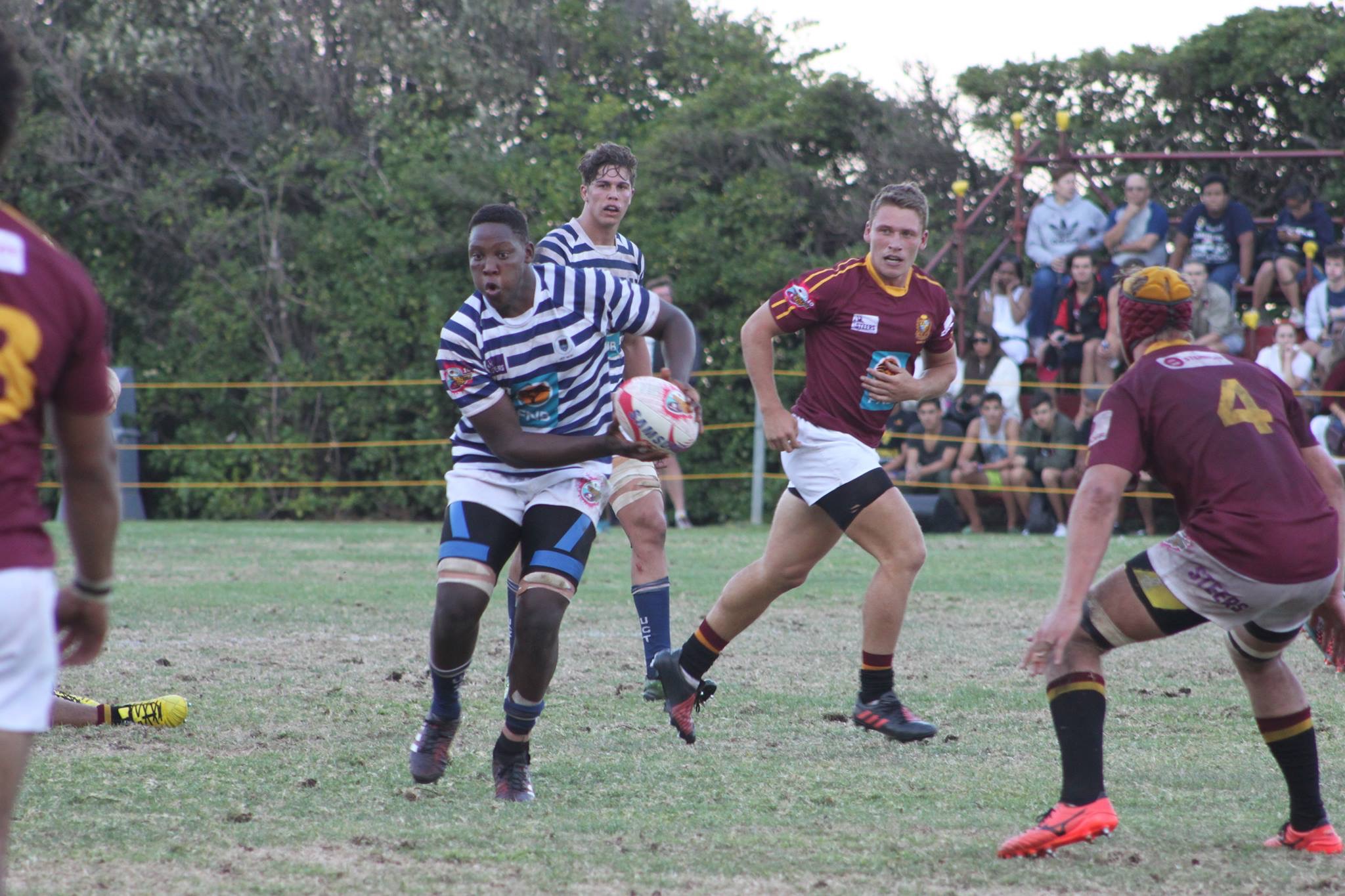 2 Ikeys in the Junior Boks Squad

by Vusi Gubeni
Two FNB Ikey Tigers players, Nama Xaba and Lee-Marvin Mazibuko, have been included in the Junior Boks’ 28-man squad that will be taking part in the World Rugby U20 Championship in Georgia in June.

Prop Mazibuko and loose forward Xaba were crucial members in the Ikey Tigers team that competed in the 2017 Varsity Cup campaign.

Lee-Marvin is ecstatic with the selection and believes that the Junior Boks could go all the way in the Championship.

“I’m very happy. Still overwhelmed to be honest. It’s always been a dream and a goal and I’m just so happy it’s finally happened.”

For Nama, his selection meant a great deal to him after he was left out of the final  2016 squad  stating that, “It felt surreal when we were told that we had made it into the final squad to represent the country, with tears reaching my eyes I reminisced of how short I fell last year being a non-traveling reserve, I had worked hard for this since the year before that and have prayed for it since, All Glory goes to the Lord and all who supported me to get this far.”

The Ikeys say that the players are training hard and have made huge strides towards becoming a World Rugby U20 Championship side.

“We have a very good squad and we’ve been working very hard on and off the field. So I have no doubt that if we play to our full potential we’ll definitely have a good chance of doing well,” said Mazibuko.

Xaba added that, “As for the team, I am positive that it’s one of the most talented u20 squads we’ve had in South Africa, we’ve been blessed with so much depth and I’m sure that the guys who made it would want to prove their worth and also we all have a common goal to being pride wearing the Green and Gold. With the hard work we’re putting in I’m confident that the team can go on to win the Junior World Cup.”

When asked about how much of a step up is it from Varsity Cup, Xaba ended by saying:

“As I’ve mentioned, the team is very talented and hardworking, so it’s much easier playing around players who make things easier but it has to be said that Test rugby at any level is a big step up from any rugby. I’d just like to thank my Ikey Tigers team mates and management for making sure that Lee Marvin and I have had a great platform to realize this dream.”

A combination of World Rugby U20 Championship, U19 International Series, World Sevens Series and Super Rugby experience will prove to be extremely vital should the Junior Boks go head-to-head against a team like, defending champions, England U20 and the All Blacks U20 who have won the tournament five times.

The Junior Boks are grouped in Pool C alongside France, Argentina and, hosts, Georgia.