You are here: Home / Newsflash / 10 Years of Ikeys Varsity Cup 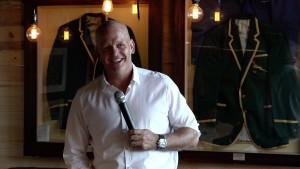 It seems that just yesterday the Varsity Cup was introduced to the university and rugby communities in South Africa. Yet 11 years ago our Ikey Tigers First Team entered the inaugural VC competition with, as coach John Dobson (Dobbo) recalls, more than a slight bit of trepidation. Not only did we compete but the Ikeys topped the league standings and narrowly missed winning the final in 2008. Ever since, the Ikey brand has continued to be an integral part of the competition’s success, winning the trophy twice in 2011 and 2014.

It was against this backdrop that the club hosted all players who have been capped for the Varsity Cup on 23 March in our beautiful renovated ‘Ikey Pub & Grind’ coffee shop. In addition, our current crop of 2018 VC players were invited to meet in person those stars who have become legendary in UCT Rugby folklore. 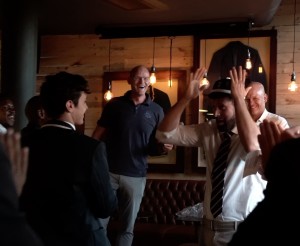 The event was attended by some 80 guests who were treated to a selection of iconic stories by Dobbo, John Le Roux, and Prof Tim Noakes. A special 200 cap was awarded to Mike Van Rheede who is immensely special and unique in having been part of management for every single Varsity Cup campaign to date. As the final words of The Warrior Poet were sung, raising the ceiling in their reverberations, there was not a guest in sight who did not have a watery eye.

Another evening of true Varsity magic to be deeply recessed into our collective memories.