After weeks of preparation, the time eventually came for the Ikey Hurricanes to hit USSA in the Big Smoke. A classic airport Mug and Bean brekkie made up for the 8am flight, and then we were finally off. 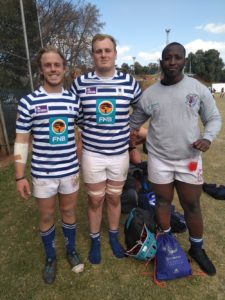 Our base for the week, the Devonshire hotel, once THE party spot in Jozi, had been the subject of much debate and discussion, and boy did it live up to it. Forwards coach Tank “Andrew” Lanning labelled it a contender for worst hotel in the world on Twitter, but even the big man grew to like (if not love) the place. In the extremely safe and vibrant part of Jozi known as Braamfontein, known for its large collection of Art galleries and Chesa Nyama’s, it was the perfect set up for the Hurricanes. The staff treated us superbly, even after drinking the bar dry, and making the chef double up on all food orders.

To the rugby, it was a great opportunity for the younger guys to play with some of the more senior guys at the club, and get exposed to a higher quality of rugby. Bonds were formed and lots was learnt as we built on the momentum created by the IPL. Two solid wins and a controversial loss against UWC made this an extremely beneficial tour for the Ikeys, but this missive is more about what happened off the field.

With Zingizs – a particularly well-known street Chesa Nyama – a stone’s throw from the hotel, a team outing beckoned. A phenomenal day led by the braai master himself, Tank, we ate pretty much everything they had, with the tighties doing some severe damage to what was surely goat and not beef. We were also treated to the story behind the Chesa Nyama by our main man Stan, which was a major treat. All in all, a great day out for the ‘Canes.

Speaking of history, a particularly special outing was the one to the Apartheid museum. A lot of the guys were initially not keen, but it turned out to be a highlight as we got caught up in the emotion, leaving us feeling grateful for all the opportunities we now have in this amazing country. A great tour memory. 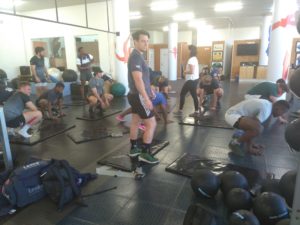 On a less serious note, we had an incredible sing song on the Wednesday night. One that will be remembered for years to come. Well, at least for those who did not lose them on the night that followed. Again, it was about building bonds over some well-deserved, swiftly sunk beers. And we even left Devonshire boardroom in tact!

Tom’s ‘extremely strict’ curfew of 23h30 was always going to be a pipe dream as we made our way to Jozi’s local watering hole, the Jolly Cool. Memories were probably forgotten as quickly as they were made, but I won’t say anymore. What happens on tour, must of course stay on tour, hey Dave? All I will say is that some guys did indeed win off the field, while others were not so lucky, but stayed true to our motto – ALWAYS BE WINNING.

Big thanks go to the Saffy family for hosting us the next day. Boerrie rolls (from the gas braai nogal) on the patio provided some much-needed relaxation for the guys, with everyone having a great time. The garden cricket and one touch game will live long in the memories.

Owning the Devonshire Arms on the bottom floor of the hotel saw us spending many of our evenings watching the Soccer World Cup unfold over a few beers, reflecting on the great opportunity we had been afforded in representing UCT at USSA. 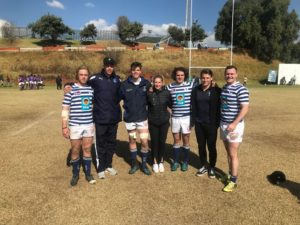 After a long and successful week playing rugby on cricket pitches, it was time to head home. With our final game being played as the sun came up, we had plenty of time to kill before our flight. In true ABW fashion, we pulled ourselves together, ending the tour with a bang. Lunch at a local, beers at the Devonshire, and onto the bus with a well-stocked cooler box. Byron Bowes and Tank must have set several world records, and how we made that flight still boggles the mind. But we did.

All in all, an extremely successful tour for UCT in so many ways, with the great rugby and off-field jollies the bedrock for lifelong friendships. Memories that will last a lifetime.

None of it possible without the management group, though. A massive shout out to Michaela for all the organisation and all the external stuff she had to deal with. Also to Claire and Sean who had to be up at ridiculous hours to prep everything for the day, from strapping to Panados, they truly went above and beyond.

To Tank for the endless entertainment and laughs, and for his man of the match performance on the last day (ahem, what goes on tour…). To Essie for the analysis and insight that made guys think more deeply about their game. It was great to have him on tour, even if just for his garden cricket skills. And to Tom – without him I don’t think the tour would have been half as successful as it was. Massive thanks for all he did both on and off the field. He has this way of bringing everyone together, making sure we all had a great experience.

It will definitely go down as one of the greatest – if not the best – USSA tour to date.

Ikeys in the News: October 2018
Scroll to top