You are here: Home / Old Boys / The Ikeys on tour 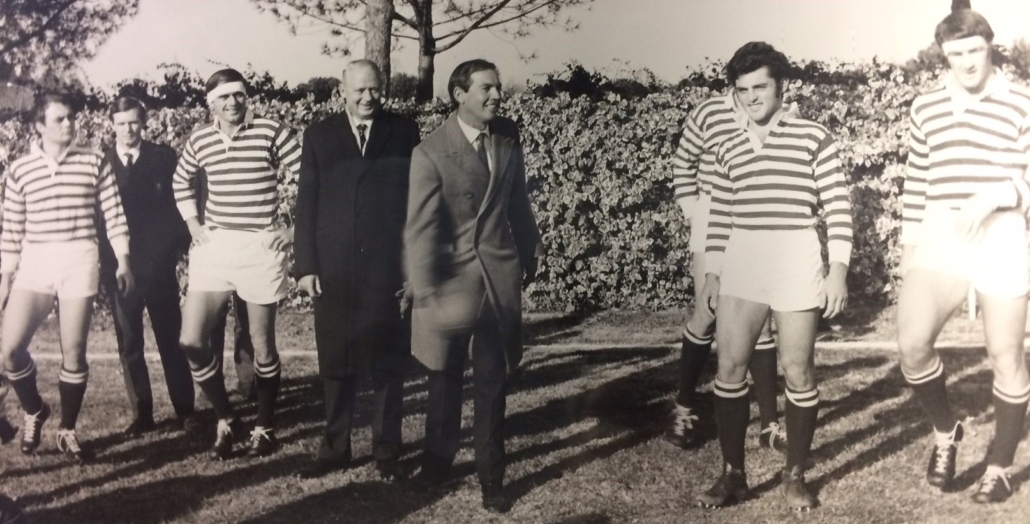 ‘Rugby is the Rite of Passage Ikeys carry for the rest of their lives with pride and passion.’

In 1963 UCTRFC sent two teams touring the hinterland to spread the Ikey rugby gospel. The senior team captained by that exceptional Ikey, Piet Olivier, and full of top players, and the customary next generation youngsters. One of the young guns in that touring squad was a lanky, rawboned Neville Isdell. Look what happened to him.

Another squad was despatched to the OFS. It was dubbed the Junior Tour, and started with a significant handicap; it was captained by the writer of this piece. Fortunately, the team contained some really good youngsters working their way up the Ikey rugby tree. Peter Swift, Dave Vanrenen, Mike Swanson and Tim Saunders all went on to play senior rugby with distinction. Some others played for UCT seconds when second league rugby was of a very high standard throughout the country, and often rougher than first league rugby.

Welkom was the hub of the OFS with gold mining booming, and the outlying areas were prosperous farming areas.

We played 6 games in about 3 weeks, winning 3 and losing 3 games. The early surprise was arriving in Welkom to be hosted by the perennial club champions, Welkom Rovers, and discovering that our opposition was captained by a Springbok, Chris De Wilzem, backed up a Junior Springbok, Norman Bridger, and at least 5 regular OFS players.

We were beaten, but not thrashed, and one of the best consequences of that clash was forming lifelong friendship with the one and only Max Baise. Years later I discovered that not only was Max the referee, he was also the Welkom Rovers coach. Talk about a stacked deck.

Despite the strength and experience of our opposition throughout that wonderful tour, the amazing courage, ‘gees’ and determination of the young players who had barely left school, or had played very little rugby after school, still evokes a feeling of great pride in being an Ikey.

One team member who was different was Barry Kaufman, popularly known as Banjo. Banjo was a tremendous fellow, who was studying medicine at UCT, and for whom rugby was a diversion from his prime sport; Lifesaving, Barry went on to win the Beach Sprint Title at the World Life Saving Championships in Australia, not once but twice. Put that in pipe and smoke it, Ozzies.

That tour can best be summed up by the comment of one of the players who subsequently went on to tour with UCT more than a few times. He said in succinct form, ‘Man that was a helluva tour!’

Ruby tours were the cherry on the top of being an Ikey in the 1960s.