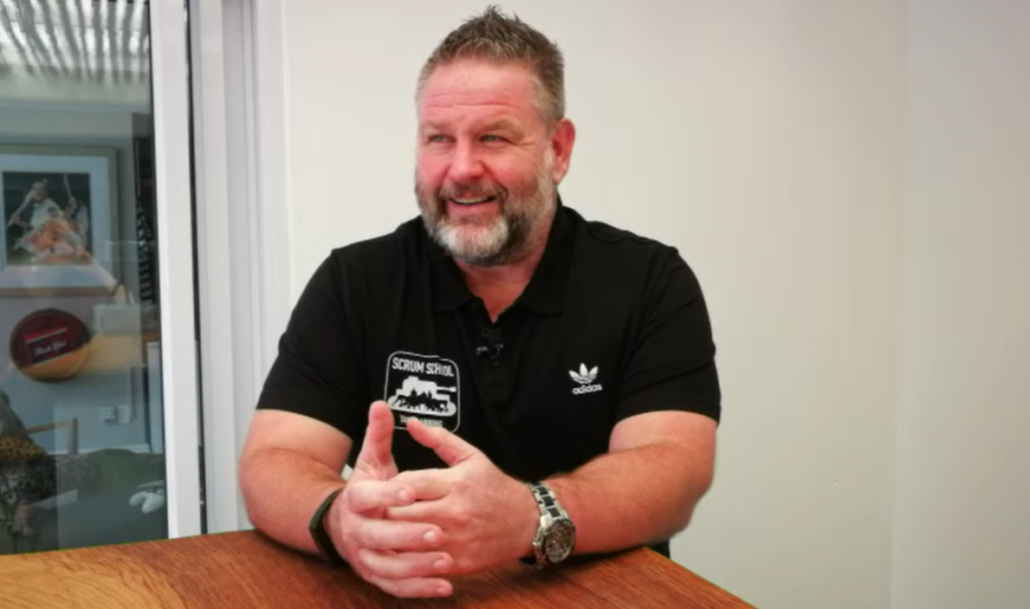 Tank is in his third year as the UCT Ikey Tigers 1st XV forward coach, and his second as the SACS 1st XV scrum coach.

Many of us know Tank for his big character and presence off the field, but very few of us have the privilege of experiencing his genius on the field… in this short interview, he talks us through the nuances of the modern scrum, intersperse with some iconic memories of his time as an Ikey Tiger.

Who is/was your role model and why?

At school and at UCT you were coached by some legendary coaches who are better known for running 15-man rugby. However, who were the forward coaches, who are maybe lesser-known, who helped you develop your scrummaging and forwards skills?

What is your main scrumming philosophy?

With the changes in the laws around scrumming in the past few years do you see big props being left out for smaller, more mobile props?

If you could change one rule relating to scrummaging what would it be?

It can be very difficult for a young prop to take the step up from school’s rugby both physically and technically, to play varsity rugby both as a young gun or for the senior team. There is nowhere to hide. What advice would you give to a young front rower?

What are the basic scrumming skills that should be taught at primary school level, particularly to protect them from injury?

It has become common for players to be retreaded from loose-forward or lock to prop or from centre to hooker. What are your thoughts and maybe concerns about this?

Can you outline what coaching you do at your scrum school?

How can people who are keen to use your Scrum School make contact with you?