Suwi is fondly remembered as a key and likeable player for the Ikey Tigers over many years with notable appearances in the Varsity Cup and league. He made his Varsity Cup debut vs Pukke in 2014 and was also part of the Ikey side that won the initial World University Cup in Oxford in 2015! Suwi graduated with a BSc degree in Chemistry.

As an old SACS boy and having played Maties in the intervarsity, Suwi has lots of experience of derby matches with lots of tradition. Suwi took this a step further, playing for the University of Edinburgh in the 2019 Royal Bank of Scotland Scottish Varsity Match against St Andrews.

The Scottish Varsity Match between Scotland’s two oldest university rugby clubs’ dates back more than 160 years and is believed to predate the annual Oxford versus Cambridge Varsity Match. This year’s match was played at Scottish home of rugby, Murrayfield, and was won comfortably by Edinburgh 62 – 0. The matches are usually a lot more competitive with St Andrews winning four years in a row from 2013 to 2016. Edinburgh have held the cup since 2017.

We caught up with Suwi to get his thoughts and insights:

What are you doing at Edinburgh University?
I am currently doing a Masters in Management at the Business School. The course started in September and is a one-year program.

How does rugby in Edinburgh differ to Ikeys rugby? Anything specific you miss about the blue and white?
The game is a lot more structured. The conditions are a contributing factor of why it is very structured. We play on a Wednesday afternoon, sometimes travelling up to five hours to play a game, but you do get see parts of the UK, which adds to the experience. I definitely miss the warm Monday nights and Saturday afternoons, on the Green Mile, where we would try running the ball from almost anywhere.

We understand the match dates back more than 160 years. Are there any interesting traditions around the build up to the game that you can share?
Up until five years ago, the match was played in London. It is now played at BT Murrayfield and the whole Varsity event is run like a test match day, which is quite surreal. This year the jersey featured the University of Edinburgh tartan. The whole experience and day is something I will cherish for a long time (especially the bagpipes being played!). It is different to other Varsity matches in that it is the first official match of the season with the women’s match played just before the men’s game.

The match seemed unusually one-sided when looking at previous years results. What are your thoughts on Edinburgh’s performance on the day?
Usually it is a very tight game; however, this year was one-way traffic. We trained really well in the lead up to the game and had won all our warm up games. At half time we were up 24-0 and really stepped it up in the second half with some rugby that would make any Ikey smile.

How have you found life in Scotland and are you adapting to the people and accents?
In Edinburgh, I have actually found more English and Irish people than Scots, which is quite funny. In our match day squad there was only one Scottish player. Our coaches’ accent is not too thick so it did not take too long to get used to. The people of Edinburgh are so friendly and it is a beautiful city, so settling in has been effortless.

You were part of the 2015 World University Cup winning side in Oxford. What are your thoughts on the Ikeys retaining the cup in Japan?
The Oxford tour was the best tour I have ever been on, so when I heard UCT was going back it brought back very happy memories. To be champions again is exciting and I was very proud to hear of the excellent result. The guys will be confident going into Varsity cup 2020, and the hope is that UCT gets back to winning the cup!

We see a picture of you with Nic Groom after the match. It must have been special having an Ikey old boy of that calibre cheering you on?
I remember while at school when the Varsity cup first launched, I would rush home every Monday to watch Varsity on TV. I remember seeing names like JJ Gagiano, Wes Chetty and Nic to name a few. People of that calibre are synonymous with UCT rugby and are just really great people. Before I left Cape Town, I heard Nic was moving to Edinburgh two weeks before I was due to arrive, so it has been great having a good friend close by. We are from two different Ikey generations, but the club has had such a big impact on us as individuals and something we hold dear. Having him and his wife Erin there was the cherry on top of a special day. 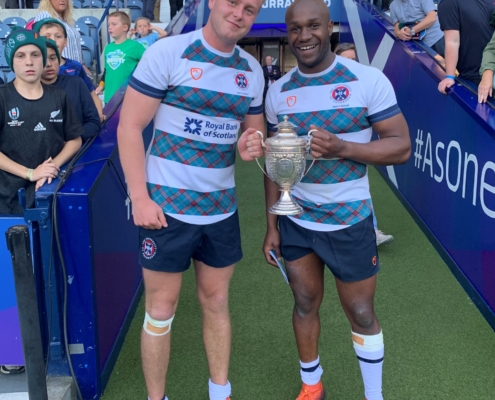 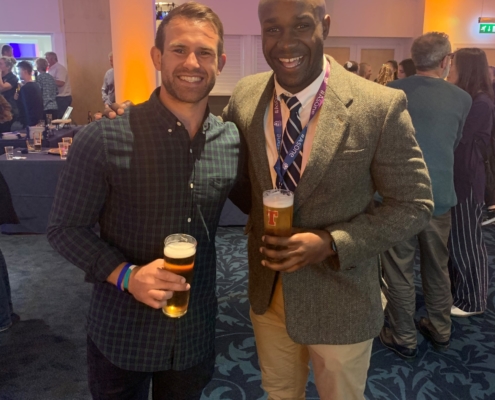 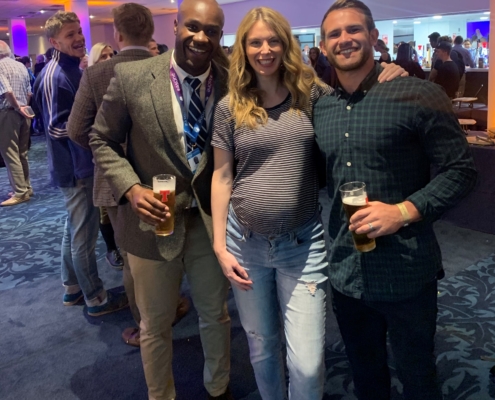 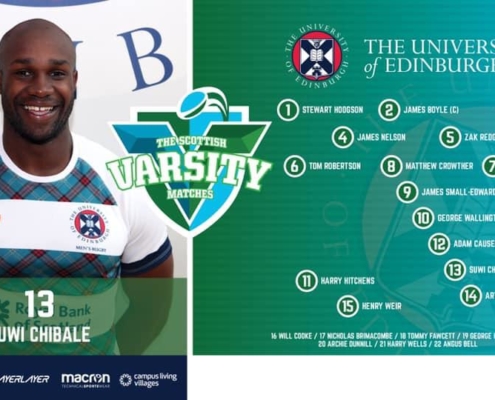 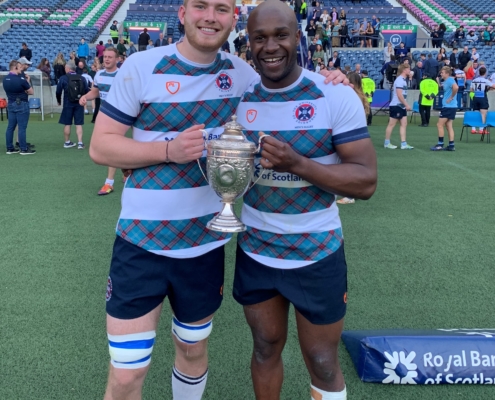