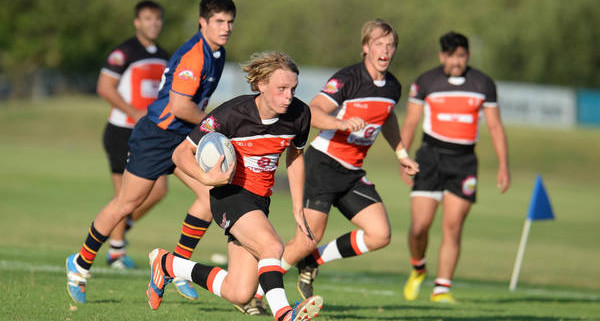 Steinhoff Tornadoes, the Koshuis Rugby side from UCT, are a team built on the foundation of brotherhood and running rugby. “We believe in running the ball,” said Edward Gregory, former Steinhoff Tornadoes player, recently turned coach. “Every Sunday we practice, and most of what we work on is spreading the ball wide and moving it quickly. That’s our vision.

“In terms of initiation, we don’t really do much. But after our matches, we like to sit back and have a few beers together. We have guys of all ages here, but this tradition brings them together and allows everyone to bond. That’s part of how the brotherhood is formed. We’re definitely a close-knit group,” Gregory went on to explain. “Activities like this are important in terms of helping the team gel, as the more experienced players make the new players feel welcome.

“We’ve got an exciting squad this year, and a very young one with our eldest player being only 23. We’ve also got the same captain as last season,and he’s a fantastic player. We’ve got a few other incredible guys as well, some of these players have the potential to play first team rugby here at UCT sometime in the future.”

Tradition also plays a big role at the Tornadoes, with former players, who now play rugby professionally, such as Nic Groom (who plays for the Stormers) often stopping by and joining in on team functions.

“Past players are proud to have come from here. We always have a lot of older guys and past players joining in on things. Like I said, we’ve really developed a culture of brotherhood here,” said Gregory.

The Steinhoff Tornadoes will play the Steinhoff Harlequins at the Green Mile on Monday, the 22nd of February at 16:15.

Ikeys ring the changes ahead of crucial Pukke clash