UCT RFC successfully hosted our AGM for 2018 on 24th September (Heritage Day) in conjunction with our ‘Shisa Nyama’ evening (meaning “burn meat” in Zulu) as part of celebrating our culture and heritage with our community. 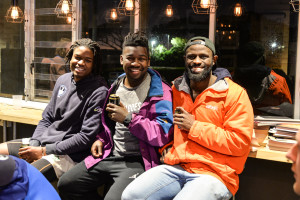 Duncan Saffy, the Club Captain for 2018, led the proceedings of the AGM, which consisted of the discussion of various constitutional changes, the Club Captain’s report, consideration of finances, the official introduction of UCT’s first women’s rugby team, and the election/appointment of the Players’ Committee for 2019.

Following the AGM formalities, Shisa Nyama commenced, where guests were welcomed with the beautiful sound of the Namibian Youth and UCT choirs, and with the smell of the multiple braais manned by the players. There was a fantastic atmosphere, with guests eating copious amounts of great braai food, singing and dancing with people from all sorts of different backgrounds and nothing but smiles all round. 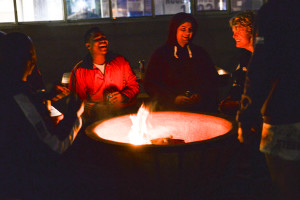 The event forms part of a special cultural project that the Club, its staff and players have undertaken, with the objective of ‘weaving the tapestry of the mile’. It formed the first of a series of planned events which aim to better connect the UCT RFC community through diversity and to help in defining our collective identity. The project is led by Club specialist Lindy Bruce, who will be plotting this cultural journey for the 2018/19 season, with the intention of building the process into the core identity and spine of the Club going forward.