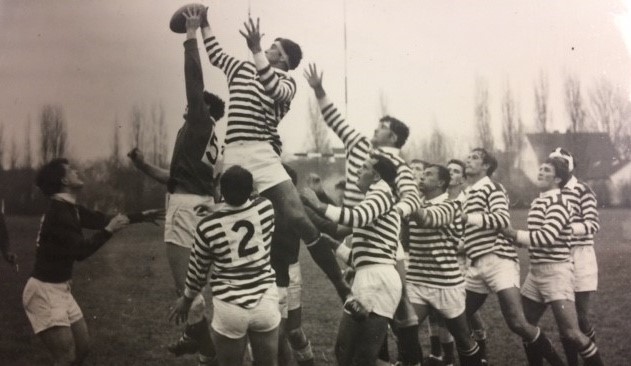 Did I enjoy the UCT vacation rugby tours of the early sixties? Damn sure I did – and for so many different reasons.

In those days most of us played the amateur game of Rugby Union for the comradeship and sheer pleasure we got out of it and yes, certainly in my case, to legally use up aggressive energy.

It’s true of course that being a rugby star and the exposure it brought did often help to get better, higher-paying jobs, but we didn’t play for money. Not at any level.

When I played for Rhodesia, the only thing besides travel, meals and accommodation that I didn’t have to pay for myself was my match jersey.

For UCT I went on tours to Kwa-Zulu Natal and Namibia (Natal and South West Africa in those far-off days) and relished every minute of them.

We played most of the best club teams of the two provinces and in fact finished our Natal Tour playing against the Natal Duikers in a curtain-raiser to the 1962 test between the Springboks and the British Lions at Kings Park.

I clearly can remember how stirring it was to proudly run out in our navy blue and white-striped jerseys and I won’t forget pulling a muscle in my groin towards the end of the game and having to limp about for the rest of it because injury substitutes were not allowed in those days.

But that’s it. I don’t remember the score or even who scored the points.

I can’t remember how many games we played and how many were won and lost. And you can say much the same about our SWA Tour, although the on-field punch-up starring the late Piet Olivier our captain and two hot-tempered brothers from the Windhoek team we were playing against is something I’ll never forget.

The life-long bonds that I forged through laughter and comradeship with men like Pete, Basil Bey, Mike Gillies, Neville Isdell, Johnny Wootton, Steve Leith and Richard (Rich) Dollar were perhaps the most significant and long-remembered experiences that I took away from those tours.

And oddly enough, it is snippets of off-the-field moments that have stayed with me the longest. Some involved the shenanigans most student rugby players seemed to get up to then – and probably do still. But I won’t go into that.

What I will touch on is how very interesting it was to be accommodated in private homes and learn about our hosts’ way of living. Some were exceptional cooks like the lady in Keetmanshoop in SWA. I’ve seldom tasted food as tasty as her Afrikaans cuisine.

Also interesting was what some of the bar antics got up to in Windhoek pubs. One involved drinking ‘down, down’ from a huge glass riding boot without spilling any beer. None of us could. No matter how you held it, beer always seemed to come gushing out and go all over the place when the foot of the boot was reached

Drinking gallons of beer from the Boot was a case of the boot on the other foot, Ikeys were renowned for their ball handling skills, not booting.