[Max pictured with Dawie De Villers (SA) and Roger Young (Lions and who lives in Langebaan South Africa, above)

Max Baise (now 88), a former Springbok referee from Riversdale, has given some of his notes of key games he refereed involving the Ikeys. Baise refereed four test matches between British Irish Lions (BIL) and the Springboks. No other referee in South Africa has refereed more tests between the Springboks and BIL. There were two in 1968 and two in 1974.” These are the tests that brought Max’s name to the fore at the time.

In those days there was no television in South Africa or TMOs (or third match officials) – the referee was the sole judge of events as he saw and interpreted them having to make split-second calls.

In an article written by Gavin Fernie for the newsletter some time ago, he describes how in 1963 UCTRFC sent two teams touring the hinterland to spread the Ikey rugby gospel. One squad was despatched to the OFS. It was dubbed the Junior Tour. One game was in Welkom hosted by the perennial club champions, Welkom Rovers (the opposition was captained by a Springbok, Chris De Wilzem, backed up a Junior Springbok, Norman Bridger, and at least 5 regular OFS players). The Ikeys were beaten, but not thrashed, and this also led to a lifelong friendship with the one and only Max Baise. Years later he discovered that not only was Max the referee, he was also the Welkom Rovers coach!

Some of Max’s memories: 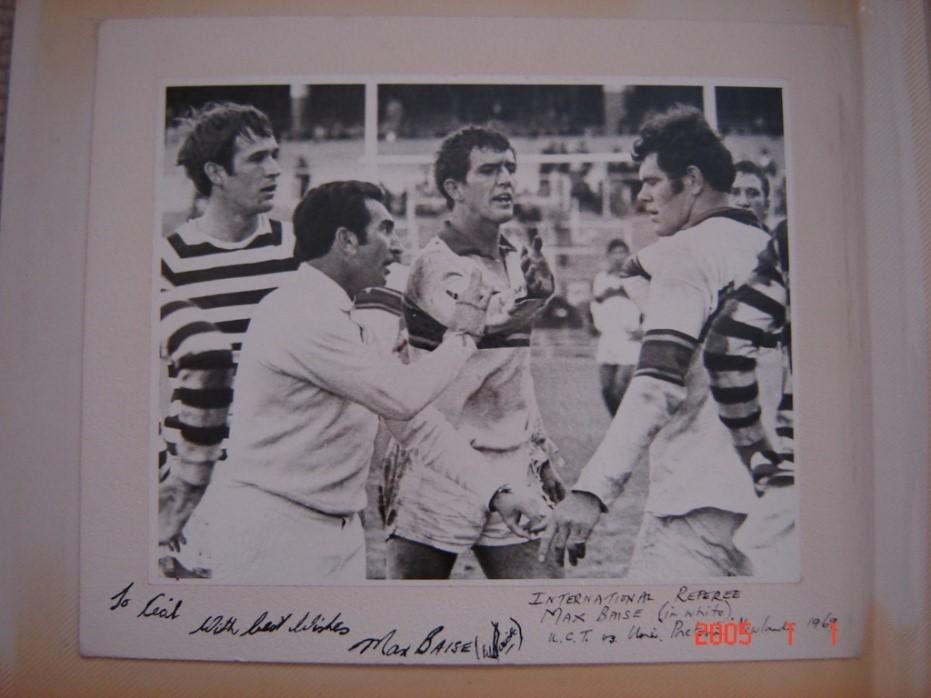 (Reffing a game between Ikeys and Tukkies, with John Le Roux on the left of the picture.) 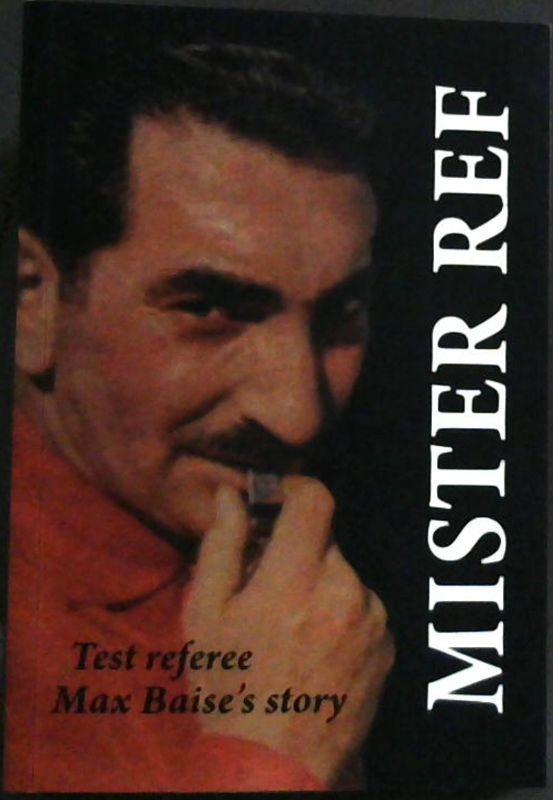 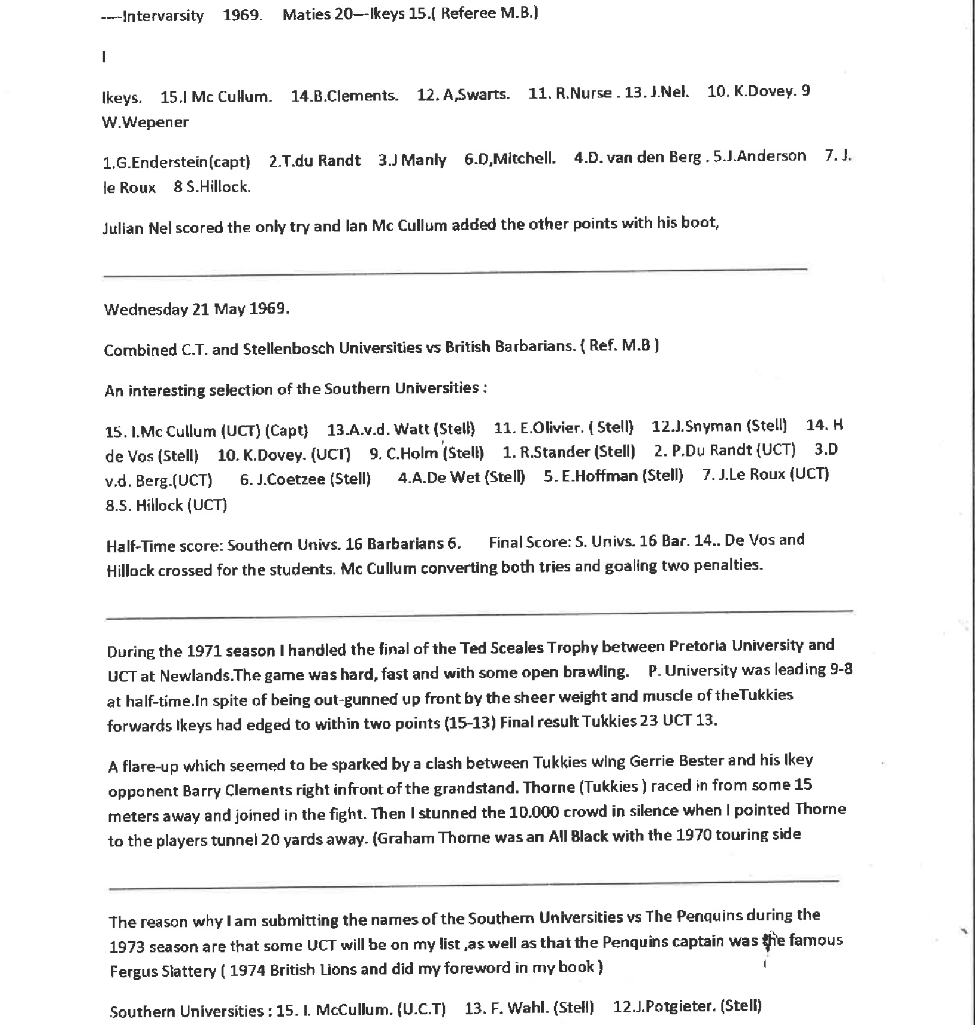 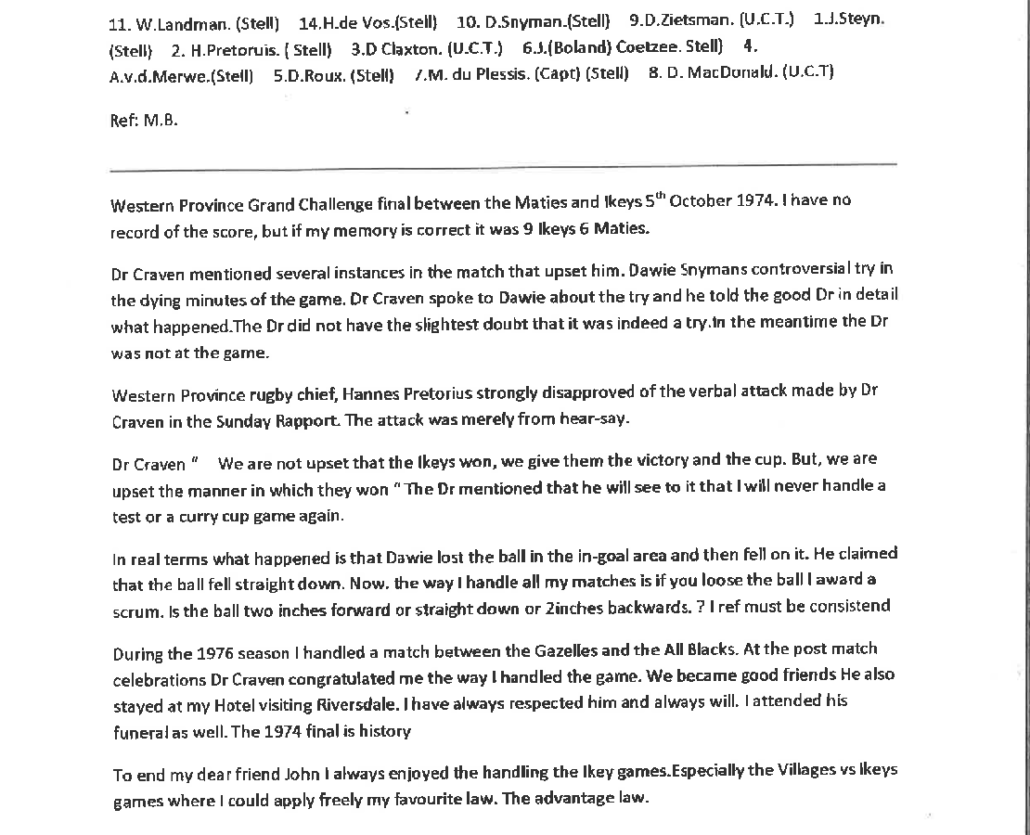