A former Ikey Tigers lock shares some thoughts and stories on being an Ikey Tiger for life. Don’t worry, despite the cheeky headline this is not a political agenda to get more trophies into the varsity change rooms, they’re the best as it is, they’re great, it’s official, you’re gonna love them, take it from me, all the others are losers, total losers, especially Maties, they’re done, so done.

Alternative fact jokes aside, the Ikeys students can persevere and the reasons lie not in their gym results, tackle counts or the execution of strike moves but somewhere else – somewhere deeper.

By this I don’t mean they don’t need help – they do! But let me get to that later.

There are and were certain characteristics that make an Ikeys team and the players that form part of it. Flair, expressing yourself on the field, running the ball, being fearless, having fun, never giving up, believing in the impossible come back and, as Ikeys great and club president Dugald Macdonald calls it, an ‘inalienable right to creative behaviour’ sometimes on, but mostly off the field. It all forms part of what it means to be part of that windswept rugby football club at UCT.

Thousands of hours spent together, training, playing, in gym, on a team bus, on tour, in change-rooms, jolling, as digs mates, room mates, at varsity and as friends. It shapes a common ground and forms a common cause that is bigger than the team and the club at the time of players actively donning the jersey. It transcends generations and goes way beyond the few seasons spent on the playing field.

One might argue that it is rugby that can do this and yes, much of it is a universal law of the game, the character that gets revealed, rather than built, the hooligan’s sport played by gentlemen, but, and you would have many Ikeys attest to this – former players who have travelled further and played the game in more corners of the world than you or me. Rugby is the basis for a lot of this spirit and sense of belonging – but they will agree without any doubt that there is only one ‘varsity’, only one Ikey Tigers rugby club up, at UCT.

It is unique in its spirit and it is unique because of the quality of its people – on and off the field.

Every now and then UCT rugby legends, who tend to be able to do this with freakish eloquence, pick up on this, but more often than not it is simply experienced and hopefully acknowledged on some level.

Allow me to acknowledge with an example.

You’re travelling to the PGA Golf show in Orlando, Florida with our golf technology business in January 2015 and queuing to get exhibitor accreditation, next thing you find yourself getting tackled (literally) by Boots Crossley, who was the Ikeys Fitness Coach back in 2002 / 2004. This happened to my business partner Craig Kleu – himself a former Ikeys flank back in 2003-2008. Turns out Boots is a VP for a golf marketing company operating out of Austin Texas and great guy that he is, delighted in being a sounding board and advisor to our plans of tackling the giant that is the US golf market. 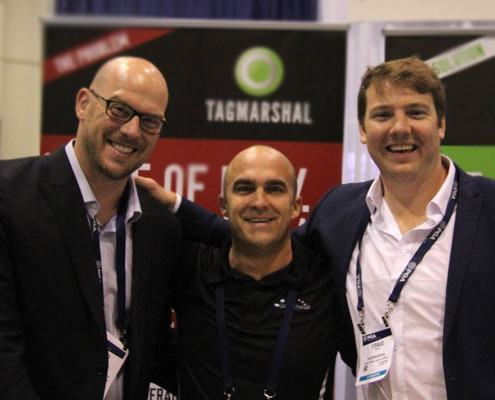 “Boots, what a legend, but he used to drill us hard!” remembers Craig Kleu. I remember Boot’s ‘boys club’ FcB sponsoring fleeces for our Oxford and Cambridge tour in 2003. Thanks Boots, I still have it!

The things Ikey Tigers can accomplish over a couple of cool drinks is forever fascinating and the world has been made better, changed and taken over many times by these men over the last century.

Fast forward to January 2017, we are back at the PGA show, Boots now a Senior VP (Americans!) is back to high five us and introduce us to some of his network. Our company has grown and our product is delivering results on some of the top US courses, including 2017 US open hosts, Erin Hills, PGA Championship hosts Whistling Straits, Ryder Cup hosts Valhalla and many more. The good old years of blood, sweat and roller coasting turned real opportunity ‘over night’.

These years of sweat and roller coasting included building a system, a first viable product through many hours of trial and error, midnight oil burning, set backs, small victories, followed by big leaps, breakthroughs and more set backs. Who better to have by your side than a fearless Ikeys 3rd team flank with the heart of a lion, who turned out to be our powerhouse developer and technical lead – thank you Thomas Davies. A banker in any team and another wonderful friend made at the Ikeys club. 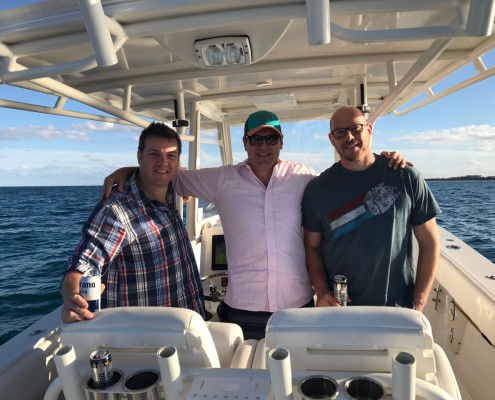 Why this story is so relevant right now and undeniably real is because of an incident that happened as part of that trip, early 2017 in South Florida.

While it is easy to stay in touch with some old team mates who are more or less in town and grab a drink at the odd Ikeys game or the annual Black Tie dinner, some of the guys have moved far away to make their mark.

One of them is former Ikeys captain Craig Mason who together with his older brother Rob were among the household names up at varsity when I arrived and first started playing seniors in 2000 / 2001. Mason left varsity in 2002 I believe and I have honestly not heard or seen him since.

Social media had told me he was in the South Florida area, so I called him up and said we’d be driving through en route as part of a trip that included client visits and  strategic conversations in the region following the golf expo.

“Fantastic! Meet me at the marina at Jupiter Island”. Next thing you see a guy again after 15 years and you’re instantly on the same wavelength.

The Ikeys common ground rises before you and you spend a few hours reminiscing, talking smack and remembering the days spent up at the Green Mile.

Names like Animal, Gouda, Skaapie, Cobra, Plummie, Tricky Vicky, Sven the Swede, Fishie, Paki, Maurer, Paulie P, Snoopy, Rickey Factor, Dicky Neville, Dobbo, Wella, Slider, Doc Dallas, Lurker and the rest get thrown around as you trace back the years. Memories of games and guys misbehaving have you in stitches, the Green Man, Billy the Bums and the rugby pub come alive and you’re ready to put on that jersey again.

“If you hate Ryan Plum clap your hands”, poor waitress, as the three biggest guys in the restaurant test out a familiar chant of UCT rugby 17 years ago. Plum was a legend by the way, forever fighting with Adi Hewlett in Gus Enderstein’s koppestamp sessions.

The privilege that you were cruising past Tiger Wood’s house earlier, while sipping Coronas, through the Island channels in an absolutely amazing setting obviously adds to the occasion, but honestly, that was just the garnish.

What you realise too is that your fellow Ikey that you have dragged along across the ocean (Kleu), who is a few years younger and never shared a change room or team huddle with your generous host, fits right in and is cut from the same cloth. The songs, the blue and white, the stories, the scars, the memories are the same and then there are the few guys and some ladies – coaches, players, managers who transcend player generations and connect the stripes as it were – I suppose I might be one of them.

“Gus Enderstein always used to say, to pick any great team, you start with great locks”. Says Mason as he brings over a Goombay Smash. Of course – who could disagree with the great man.

Hey, maybe it is because we’re all forwards and there is some sort of facultative symbiosis that gets formed for a lifetime, through hours of scrum and line-out maul training that melts a pack into an indomitable force? The backs likely experience similar results following hours of silky skills training and talking about their feelings, new boots and hairstyles.

“Mason, do you also compare business to rugby? Strategy, game plans, building a team, a culture, doing the hard yards, playing the windy game of two halves on the green mile, pitching for training even when you’re tired or sore, dropping the guys who don’t pull their weight, getting the guys up for the next challenge even when you’ve lost a game, believing that you can win in the 83rd minute – you know what I mean.”

There we were. Two former Ikeys captains (locks!) and an Ikeys vice captain, all with a real sense of gratitude to a great club and the people that make it special.

Now, remember when I said the Ikeys need help? Let me quote John Dobson here: “WE’VE GOT A RESPONSIBILITY TO THE GENERATIONS TO COME, TO MAKE SURE THEY CAN EXPERIENCE THOSE WONDERFUL MEMORIES THAT WE’VE HAD.”

It is easy, help out a little, join the supporters club, come to a few events if you can. I’m doing it, Craig Kleu’s doing it, Tom Davies is doing it, Boots is doing it. Boots are you doing it?

I only wrote this thing so Mason would do it too, the old cart horse.

Here’s the link if you want to get stuck in: http://ikeytigers.com/ikeytigers-supporters-club-sign-up/

Bodo Sieber is a former Ikeys lock and captain and according to the archives played 170 first class matches for the Ikey Tigers.

He is the CEO of Golf Technology company Tagmarshal and co-founder of the South African Business Angel Network.

Ikeys Determined to Win against FNB UJ
Scroll to top