Don Armand Gets England Call Up 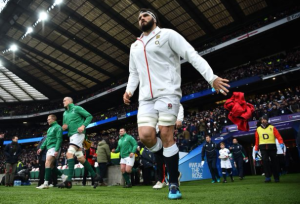 England coach Eddie Jones named Don Armand in his team to take on Ireland for their final Six Nations match against Ireland at Twickenham. Don came off the bench for a losing England team, who have by their standards had a poor tournament. Wearing the number 20 Don came on in the 66th minute for Sam Simmonds, earning his second cap and proving to be a willing runner when England
were chasing the game. 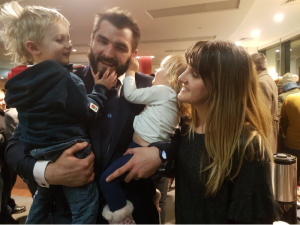 Don (pictured here with his wife and children) also became a snow hero hours after playing for England at Twickenham. After the 29-year-old’s substitute performance for England’s Six Nations match, Don then returned to Exeter to help people to and from the RD&E hospital in the blizzard-reminiscent weather that Sunday.

South Africa’s Dylan Sage capped off a very successful tournament and was included in the Dream Team following the conclusion of the Canada Sevens in Vancouver. He was the standout South African player and continues to improve both on attack and on defence. The Blitzboks finished third at the tournament after defeating the USA 29-7 in the Bronze final. In the Cup quarter-finals, the Springbok Sevens side spectacularly came from 19-0 down to beat Australia 24-19, with Sage scoring the winning try after the hooter. 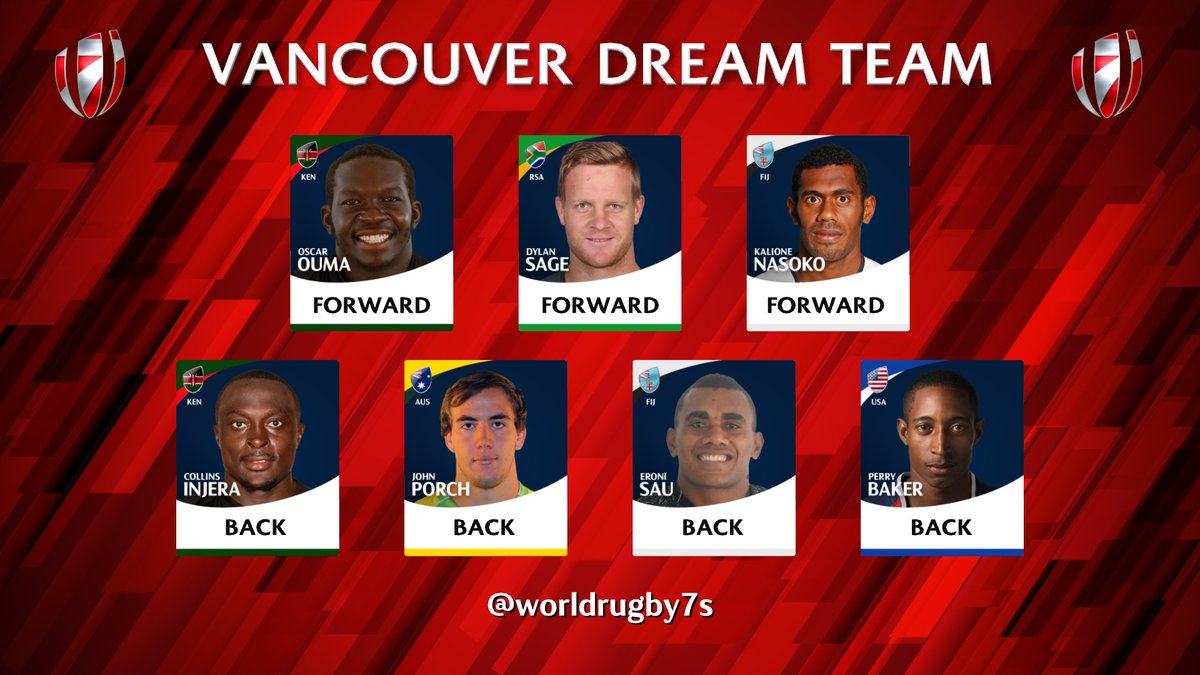 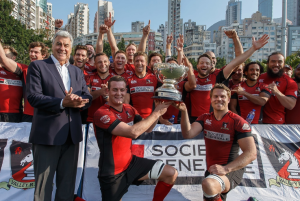 Societe Generale Valley claimed its sixth straight HKRU Men’s Grand Championship title after holding off a furious second half fight back from Borrelli Walsh USRC Tigers to win 22-20 at Kings Park. It was the sixth straight win for Valley in the Grand Final.

Ex Ikey and captain of Valley, Martin Muller, said “It was an emotional rollercoaster out there”. “It was sort of the story of our season tonight. We get into games; start well and get a few points then let we them back in. 100% our experience helped us tonight”. 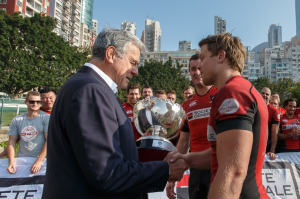 “We pride ourselves on not losing matches in March, which we haven’t done for the last five years. We knew we were up against it at the end and we just talked about not over-committing. We know this referee likes to give the attacking team the advantage, so we just had to sit back and let them make a mistake. I think it took 30 phases but eventually it happened”, Muller said.

Other Ikeys in the Valley team were Matt Rosslee, Grant Kemp, Tiger Bax and, Dayne Jans.

Ikeys Star in Stormers Win Over the Blues

A number of ex Ikeys starred in the Stormers 37 – 20 win over the Auckland Blues. Dillyn Leyds, Damian De Allende, Nizaam Carr, and Siya Kolisi (captain) all started the game and played a large part in the Stormers best performance of the season.

Demetri Catrakilis has returned to action at Harlequins after suffering a freak injury last September. Having been the man originally earmarked by the London side as their No. 10, a “freak” accident in only his second match in September caused him to fear he might lose his life. 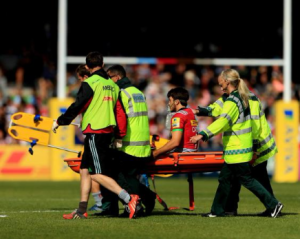 Catrakilis was recruited by Quins as a high-profile signing from top French club Montpellier last summer, with designs on filling the gap left by the retired All Black, Nick Evans, and steering his new club up the Premiership table.

Instead Catrakilis has only just returned to the famous multi-coloured jersey, making his second start of the season in a win over Bath, after spending five months in recuperation from an injury to his throat that he suffered 10 minutes into his first start, against Gloucester last September.

The 28-year- old, who has played Top 14 and Super Rugby semi-finals for his previous teams, is thrilled to be playing again while revealing he will never be the same as he was before his accident. “It was a tackle where unfortunately a shoulder caught my throat, it was just bad timing,” said Catrakilis, of the seemingly routine challenge.

“I was struggling to breathe for a while and it didn’t go away. I was given oxygen on the pitch and taken off on a stretcher. But while I was coming off the field, I realised it wasn’t going to go away, and the 30-minute ride in the ambulance was probably the worst feeling because I just wasn’t too sure it I was going to be able to breathe a lot longer. I’ve never felt anything close to that before. I was struggling to breathe. I wasn’t too sure if I was going to make it, at one stage. There was just no space in my airway. It was just me fighting to get air. But we got to the hospital and they sorted me out. They gave me a few steroids, a few injections that eventually brought the swelling down in my throat, which allowed me to have a bit of air. Luckily there was a little bit of room to breathe, which was enough for me to get to the hospital.” 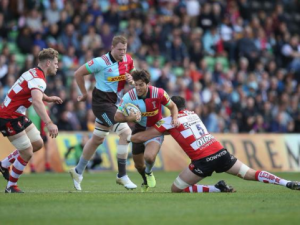 Catrakilis had surgery a few weeks later, to clear some cartilage that had collapsed into the airway and was preventing his vocal cords from working properly. “Now everyone needs to listen a little bit more,” Catrakilis said with a laugh. Then, more seriously, he added: “For the first week, my breathing wasn’t great. For about three weeks, I could barely speak. I was at a whisper volume. It was pretty hard to eat. It was a whole process of ticking off boxes. First: I needed to breathe. Second: I needed to eat. Third: the voice. And I’ve ticked those boxes now.”

“My voice is not the same as what it once was. It’s just not as loud. I think it will stay like this. But it is good enough. I can live a decent life, play rugby – happy days. It could be a lot worse.” In the game against Bath, before being substituted, Catrakilis had kicked seven points and given a tidy display of controlled kicking and varied distribution in the 20-5 victory over Bath.

Unfortunately, Demetri was injured again recently, early in a game against Saracens. Hopefully it is not a serious injury and he will
soon again grace the field.