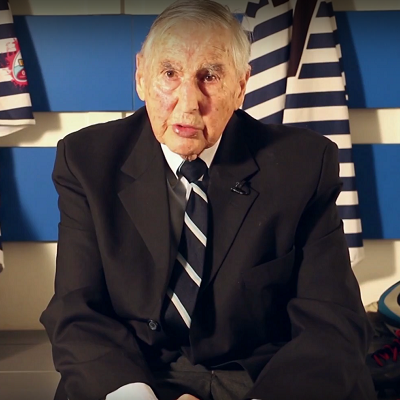 When I look at the photograph our dedicated Ikey Tigers archivist and coordinator, Kevin Forte, suppli
ed for my purposes of penning a piece to certain UCT rugby highlights, it reminded me that the quality of players in the top echelon of UCT rugby has not diminished one iota from my late 1950s to mid -1960s vintage.

In the early part of the noughties UCTRFC produced another exceptional team which won the 2004 Intervarsity. The team includes names like ‘Snoopy’ Knoop, Dave Edgar, Khaya Sontsele, Bodo Sieber, Mpho Mbiyozo, Dave Ricketts, Vakai ‘Fish’ Hove and Myles Brown; and others. The support staff reads like a UCTRFC VIP Who’s Wo?

That 2004 Ikey squad was one helluva good team, but rarely has an Ikey squad had such a potent group of ex Ikey players and expert support personnel to coach, mentor and manage them to glory.

It is dangerous to single out individuals in a stellar team, but my vivid image of that team is seeing Bodo Sieber steaming up field, and leaping high in the lineouts stealing a number of crucial Maties throw ins, while supporters chanted, ‘Door, Door, Door’ in unbridled admiration of the big German born lock doing his thing on the field. Forgive an old Ikey lock for joining the Bodo Sieber fan club. 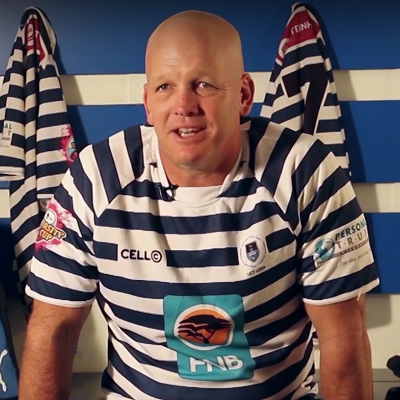 The try, if not moment of the match was without a doubt when young Mpho Mbiyozo, Varsity’s fearless 21-year-old flank, shrugged off two would be tackles and dived in under the posts to seal the win for the first Intervarsity trophy claimed in Stellenbosch since the 70s. Mpho went on to captain SA 7s and win the 7s series, he also played Super Rugby and won a man of the match award in a mid-week game against the 2009 B&I Lions. The former flank is one of the assistant coaches for the Ikeys 2017 Varsity Cup campaign, look out for him on the field side.

As the delirious blue and white crowds stormed the Danie Craven Stadium it was none other than Francois Pienaar who handed the Intervarsity Trophy to Ikey Tigers Captain Dave Rickets. Pienaar at the time was with Maties and Ikeys team sponsors FNB, but the brand of rugby on show and the result would have done a lot to strengthen his vision of the Varsity Cup – which we alongside hundreds of thousands of students and alumni have now been able to be a part of for a decade.

The Ikey Tiger is alive and well, and ready to unfurl his sharp claws for next Monday. Come all to The Green Mile, to see the Ikey Tiger roar and rage.