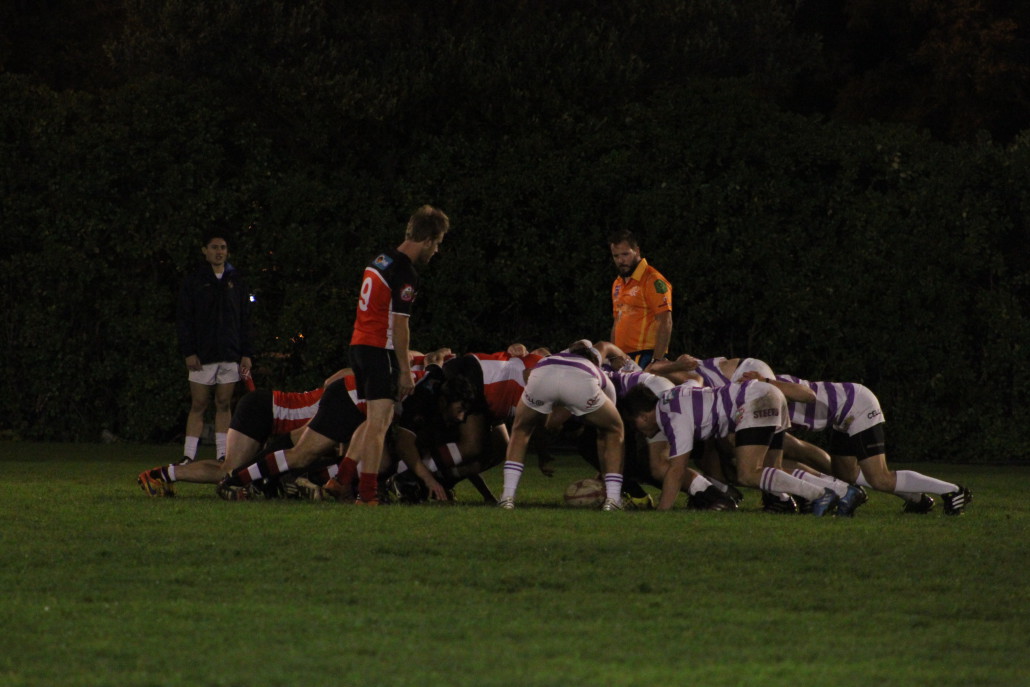 Despite the rain and the cold round 5 of the UCT Internal League was nothing short of electrifying.

Both Cobras and the Turtles got themselves back to winning ways. The Cobras put in a terrific display of running rugby as they defeated Kopano 71-0. The Turtles were up against the UCT U20B side, who have been a surprise package in this year’s competition. The Turtles experience, however, took them the distance as they won the match 14-7.

Ubumbo continued their push for top 4 as they defeated Saints 17-10 in a grueling match that went down to the wire. The Nadoes continued their undefeated streak with a bonus point victory over Leo Marquard who couldn’t field aside on the night.

Those results mean that going into round 6 the Nadoes continue to top the table, with the Turtles occupying 2nd place. Cobras find themselves in 3rd position with Smuts currently in the final playoff position with Ubumbo and UCT U20B close behind them.

Fixtures for round 6 open with a true clash of the titans as the age-old rivalry between Nadoes and Cobras returns. Traditionally two of the strongest teams in the competition this match is set to be a humdinger, as the Cobras look to end the Nadoes undefeated streak thus far. That match kicks off at 6pm.

Also at 6pm we have the repeat of last year’s Internal League Final as the Turtles go up against the Knights. The Knights have struggled to repeat the impressive form they produced last season and the Turtles will be hungry for revenge in that match.

At 7pm The U20B side takes on Leo Marquard as they continue to push for that top 4 spots. Also at 7pm Ubumbo will look to put the pressure on Smuts above them as they take on Kopano. The last match of the day features Smuts against Saints and although they may not have won a game this year, Saints put on a strong performance last week and a victory against Smuts will throw the cat amongst the pigeons in the race for top 4.

The Ikeys Pub and Grind will be open serving food and refreshments so come down and support your favourite team as the UCT Internal League continues.

Varsity Cup Stars of the Future
Scroll to top