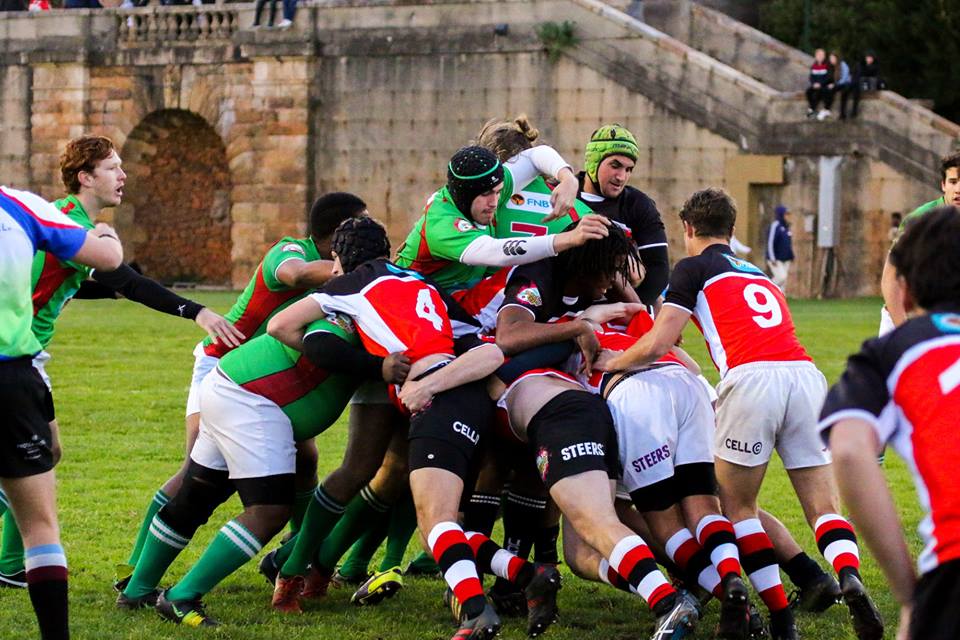 The FNB Internal League is back and better than ever in 2019 as teams have returned with new kit, fresh faces and hunger to represent UCT in the Varsity Cup Internal League competition in 2020.

Round one of the competition took place on Wednesday the 1st of May. Despite it being holiday teams rolled down to the Green Mile to take the opportunity to play under the natural sunlight for once as the league got underway.

The Knights, the defending champions from last year, opened the day with a match against the Nadoes. The Nadoes laid down a real statement of intent by earning themselves a bonus point victory against last winners with a 39-12 victory.

Next, the Turtles, sporting some fresh new kit in 2019, were up against the men from Smuts.  The Turtles, runners up from last year, were clinical with the little ball possession that they had as they scored 3 tries in the first half to take the score out to 21-0. They were unable to add to that score in the second half but kept a very impressive clean sheet in week one.

The last fixture of week one featured the Cobras up against Leo Marquard. Having missed out on the finals last year for the first time in almost decade, the Cobras are back with a vengeance in 2019. This showed in their bonus point victory over a much stronger Leo Marquard team than we’ve seen in the past. The final score 27-12 to Cobras.

Having both earned themselves bonus points in round one the Cobras and Nadoes find themselves tied up at the top of the log with 5 points each. The Turtles occupy the third spot on the log thus far. The remaining fixtures for week one were postponed.

Week two opens at 5pm on Wednesday on the Green Mile with a doubleheader as Saints open up their account against the UCT U20B and the Cobras take on Smuts.

At 6pm we have the Nadoes against Ubombo while Kopano begins their season with a tough fixture against the Knights.

The last match of the day features the Turtles against Leo Marquard, a vastly improved side in 2019, which should make for a cracking final fixture to end the evening.

All matches will be taking place on the Green Mile and the Ikeys Pub and Grind will be open to serve food and refreshments to the loyal supporters so make sure you make your way down this Wednesday to support!

With Durbell behind them, UCT look forward towards Paarl

A Tribute to Mike Gillies
Scroll to top