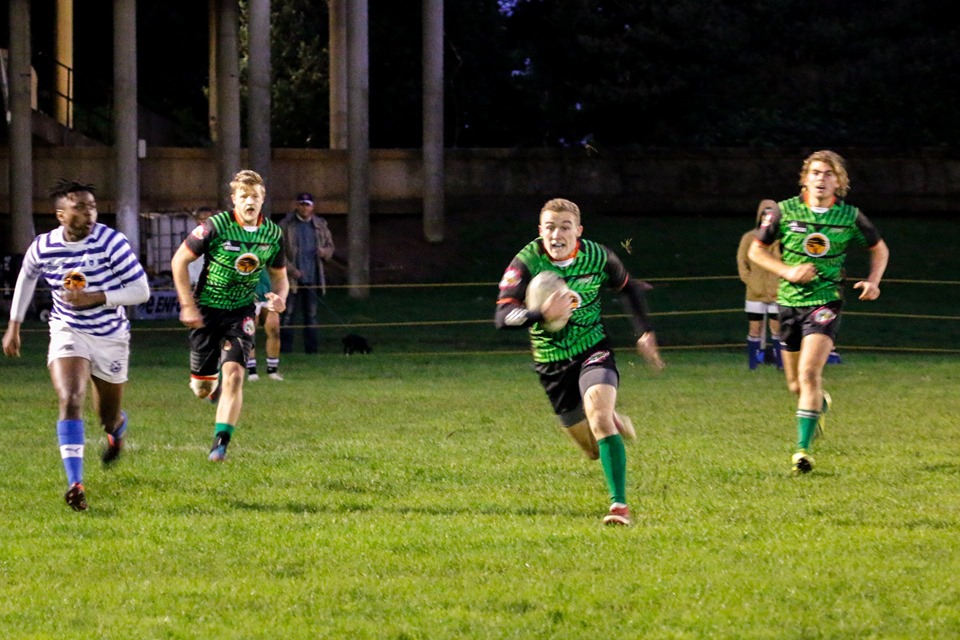 After six grueling rounds of rugby, the top of the UCT Internal League log could not be tighter as only 4 points separate the teams in 1st and 4th place. With only three rounds left before the playoffs the race to make the semi-finals is about to reach its pressure point.

The game of the week in round six featured two of the most successful teams in the competition as the Cobras and Nadoes went head to head. It was a match that had a test match feel to it as neither side wanted to give too much away to their opposition. Ultimately, the Cobras came out on top in that match 15-7 ending the Nadoes undefeated run in the competition.

The Turtles and the defending champions the Knights met in a repeat of last year’s final. The Knights, however, have struggled to reach the same heights they reached in 2018 in this year’s edition of the competition and the Turtles made sure history would not repeat itself with a comprehensive 29-7 victory.

The U20B side picked up yet another impressive victory as they beat Leo Marquard 60-0, while Smuts and Ubumbo both picked up bonus-point wins as their opposition could not field a team on the day.

Round seven of the competition opens up with Smuts up against the U20B side. A victory for Smuts may go a long way towards solidifying their spot in 4th position on the log but they would be foolish to underestimate their opponents who have been punching way above their weight in the competition thus far. That game kicks off at 6pm on the A-Field.

The other match kicking off at the same time will see Ubumbo take on the Knights as they continue to push for that semi-final spot, which is currently still within their grasp as they have a game in hand over the team above them and are only two points behind.

At 7pm on the A-Field, we have a top of the table clash as the Turtles take on the Nadoes. The Nadoes recent loss against the Cobras means that the Turtles find themselves in at the top of the log going into this match and they will be desperate to hold onto the top spot as we reach the business end of the competition. The Nadoes, on the other hand, will be looking to bounce back to winning ways and move back to the top of the table meaning this game is bound to have a test match feel about it.

Also at 7pm the Cobras will look to continue their winning ways up against a Saints side still searching for their first win in the competition. That game kicks off on the B-Field. The last game of the night feature Leo Marquard up against Kopano as the battle for Lower Campus supremacy continues. That game kicks off at 8pm on the A-Field.

The Ikeys Pub and Grind will be open all evening serving food and refreshments so come down to the Green Mile to support your favourite team.