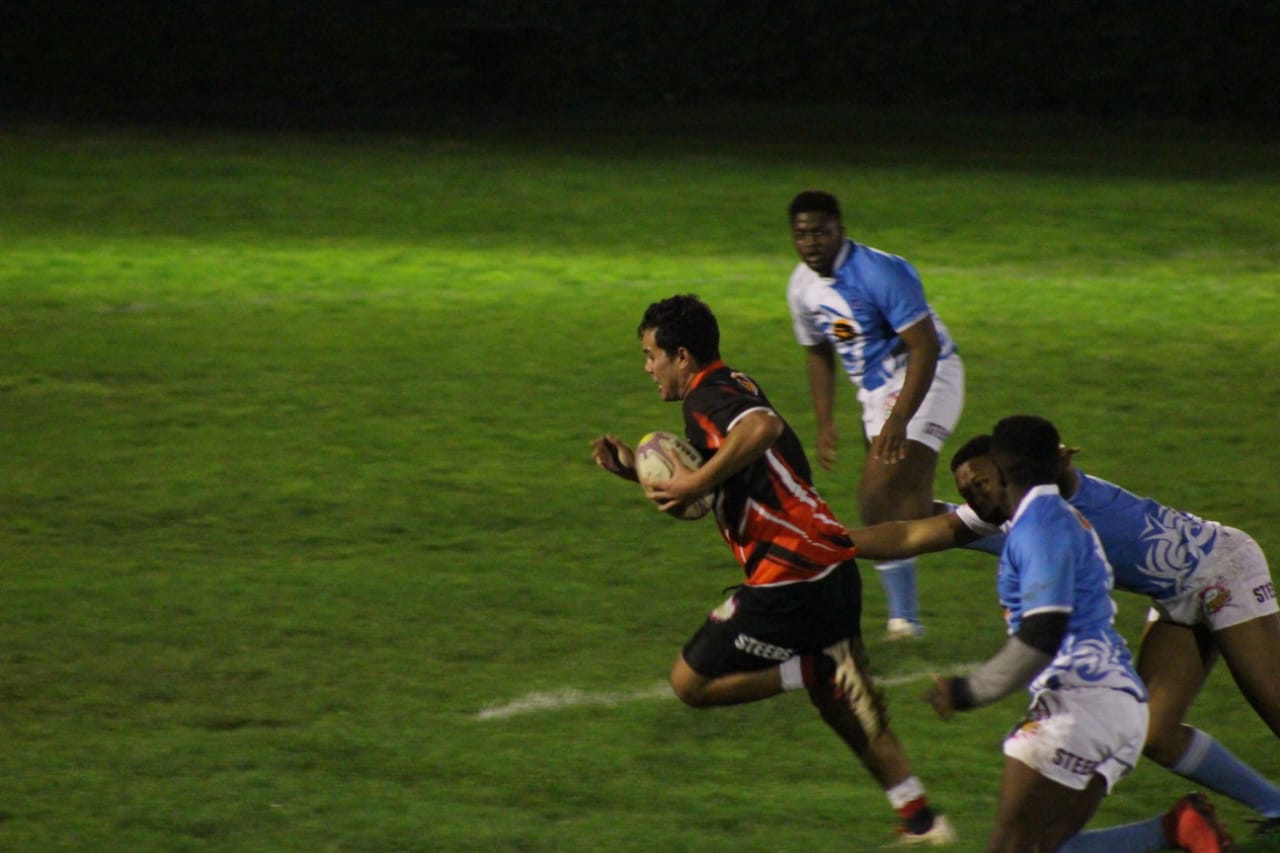 Although it was a low scoring week in terms of the score lines, round 7 of the UCT Internal League saw results that truly threw the cat amongst the pigeons. With only two weeks left of the competition round 8 truly may be the make or break week as teams look to seal their spot in the playoffs.

Round 7 opened up with a remarkable performance by the UCT U20B side as they earned themselves yet another victory by defeating Smuts 27-0. Their victory over Smuts means that the U20B side now sits in 4th position on the log with only two rounds of the competition left to go.

The Nadoes defeated the Turtles to take themselves back up to the top of the log. It was a low scoring match as was to be expected in a top of the table clash and although there wasn’t a lot to separate the sides the Nadoes did enough on the night to earn themselves a 12-0 victory.

Cobras moved up to 2nd place on the log after they beat Saints 10-0 in a tight affair while the Knights put a huge dent in Ubumbo’s playoff hopes by winning that match 14-10. The final match of the night saw the Kopano and Marquard battle for the title of Kings of Lower Campus. Marquard won that match 12-0 knocking Kopano down to the bottom spot of the log while they earned the first win of their campaign.

In round 8 the teams have it all to play for with it being the penultimate stage of the round-robin phase of the competition. As the race for playoff positions gets even tighter expect every match a good one.

The round opens with an absolute humdinger as 2nd take on 3rd, in a repeat of last year’s semi-final, when the Cobras and Turtles clash. Having dropped into 3rd place after their defeat to the Nadoes the Turtles will be desperate to get to winning ways while the Cobras will want to solidify their spot in 2nd. That game kicks off at 6pm on the A-Field.

Also at 6pm Ubumbo take on Smuts in a match where neither side can afford to lose should they still want to make the playoffs. With a game in hand over Smuts and only one point separating the two sides a win for Ubumbo may just rule Smuts out of title contention.

At 7pm on the A-Field, the U20’s take on Kopano as they look to solidify their spot in 4th position while on the B-Field Nadoes will look to keep their spot at the top of the log when they take on the Saints. The last game of the night sees Leo Marquard up against the Knights. Both sides, having won their matches in round 7, will be coming into this match with their confidence at an absolute high.

The Ikeys Pub and Grind will be open all evening serving food and refreshments as the UCT Internal League continues to dish up some exciting running rugby. So come down to the Green Mile and support your favourite team as the season runs down to a close.