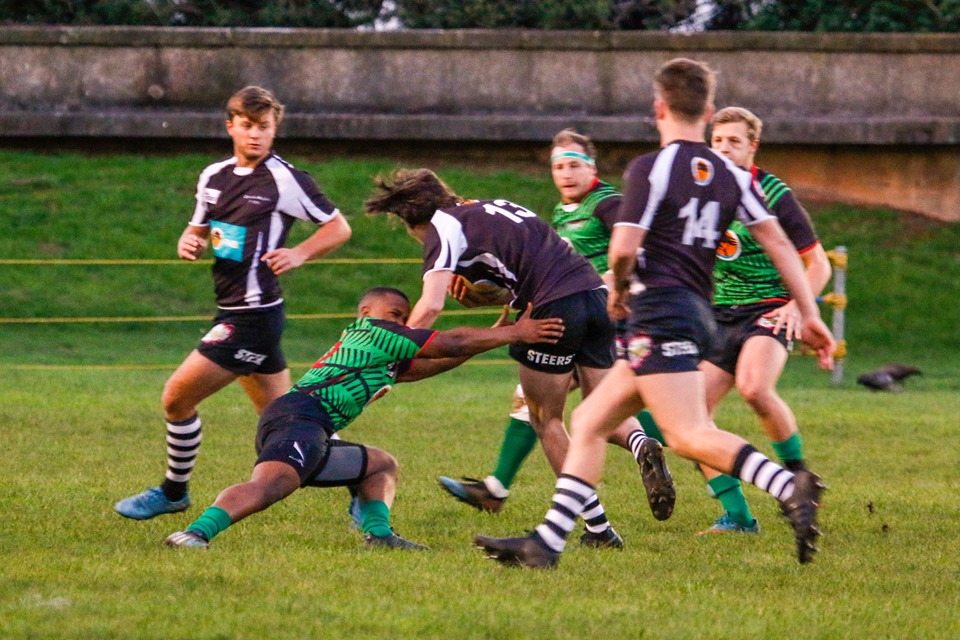 The round 8 results of the UCT Internal League have set the league into motion for its most exciting finish yet. Since its inception, this may very well be the most widely contested competition the league has ever seen with 6 teams fighting for 4 playoff positions.

The Cobras and the Turtles left it all out on the field in arguably one of the games of the season. It was a tight affair with neither side willing to give an inch to their opposition but in the end, it was the Cobras who walked away with the victory with a late try earning them a 12-10 victory over the Turtles.

Ubumbo beat Smuts to solidify their position as genuine title contenders in a thrilling match that ended 16-9 to Ubumbo. The Knights seem to have really got into their stride as they beat Leo Marquard 42-5 but it may be too little too late for the defending champions who look as if they may be giving up their title in 2019.

The Nadoes and U20B sides each earned themselves a bonus point victory as neither of their opposition could field a side. Those results mean that between 3rd and 6th place there are only 6 log points that separate those teams while the Cobras and Nadoes have slightly pulled ahead of the chasing pack.

Round is the end of the round-robin phase for most teams while a few teams have a few games in hand that they need to catch up. In the first match of the day the Nadoes go up against Smuts at 6pm with Smuts’ playoff hopes hanging in the balance. A loss for them tonight may, unfortunately, see them finish outside of the top 4 so they have it all to play for as they go up against the current tournament favourites.

On the B-Field also at 6pm Leo Marquard go up against Saints as the men from med school look for their first win of the season up against a side who have struggled in the competition thus far only registering one win themselves.

At 7pm the Knights take on the U20 side as they look to end the season on a strong note, while the U20’s will be looking to confirm their spot in the playoffs. The must-see game of the night also kicks off at 7pm as the Cobras take on Ubumbo in another match that is crucial for both sides hopes of finishing in the top 4.

Unfortunately for the Turtles, Kopano is unable to field a team and although they benefit from the bonus-point victory they are condemned to watching from the sidelines and hope that certain results go their way in order for them to make the playoffs.

So come down to the Mile on Wednesday as the table set for an absolutely cracking evening of fixtures. The Ikeys Pub and Grind will be open serving food and refreshments so come down and support your favourite team as the round-robin phase of the competition comes to a close.

UCT End Their Season On A High
Scroll to top