It is early days for the Ikey Tigers Supporters Club, but it builds on past work done by Foundation members and benefits from a broad base of support. In 2016 the committee intends making sure regular, interesting communication reaches the community; the Varsity Cup spectator experience reaches new heights; a members’ offering is launched; fantastic events are held in Cape Town, Johannesburg and London; and that the Ikey Tigers community cheers their team on throughout the year!

We look forward to welcoming you to the Supporters Club!

There is a minimum contribution required of 12x R150pm / R1800pa to become an annual member.

Becoming a member is primarily about giving back to Ikey Tigers and supporting the Club. That being said, however, we aren’t against having a few perks to membership:

Please take the time to fill in the form below and help support the club we love. If you need any further detail please contact Kevin Forte. 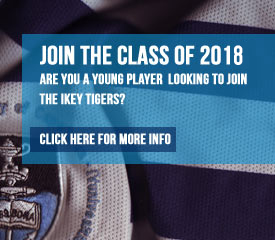