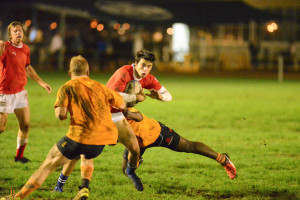 Each franchise was given a $1m budget to buy a team through a blind auction process. Players’ names were drawn in lots from a hat and then franchises were given 2 minutes to deliberate and present an undisclosed bid to the commissioner, with the highest bid winning each round. All franchises were ensured to have equal numbers of tighties, loosies, inside backs, and outside backs.

The IPL series kicked off on Friday 13 April at the Green Mile under clear skies but with a fresh South Easterly. A good-sized crowd turned up and there was plenty of vocal support from the stands. A large Ubumbo contingent were in song for most of the night adding to the festive atmosphere. It was apparent from early in the first game that the teams had gelled (some more in the pub than on the field) and the players had bought into their franchise teams. A mix of players from under 20, 4ths, 3rds, 2nds and 1sts gave players the opportunity to impress the coaches.

Flaming Leprechauns 19 (3) VS Stepdads 26 (4)
The Stepdads in white were the first to score after some early pressure. Johnny’s Flaming Leprechauns then responded with a try all the way from their 25 after a number of phases. Wes Chetty the Stepdad’s captain was very prominent with a number of carries. There was some good defence on both sides. Dane Stevens made a chase back to tackle after a particular dangerous run by Gerard Pieterse. The game could have gone either way but the Stepdads were more clinical on attack and outscored the opposition by 4 tries to 3. 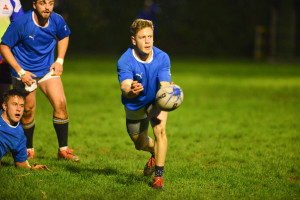 Personal Trust 22(4) VS Striped Horse 7 (1)
Personal Trust were well led by captain Jason Klaasen, who never stopped running and bore the scars afterwards. Striped Horse gave a good account of themselves and are a lot better than the score suggests. They did not really get the bounce of the ball and may go on to surprise a few teams. They also met a very spirited and motivated Personal Touch team. Personal Touch played a lot off fly-half Lubbe who had a good game, looping around to take a return pass to score the first try in the corner.

Badgelors 5 (1) VS Carew’s Corner 22 (4)
Carew’s corner gave a good account of themselves and looked dangerous on attack, with the most fluid backline of the night. They had a well-balanced team with quality players in key positions, and was one of the favourites to go to the final. The Badgelors never stopped trying and as with the earlier game, it was a lot closer than the score indicates.

Badgelors 7 (1) VS Striped Horse 10 (2)
A close game that either side could have won. The Badgelors scrum was dominant at times. After sustained pressure and a number of phases close to full time the Striped Horse team created an overlap to score the winning try. Both sides played a high standard of rugby and were good on defence which resulted in a low scoring game. 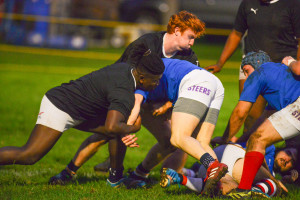 Stepdads 10 (2) VS Carew’s Corner 32 (6)
Carew’s corner was sublime with the ball in hand. In contrast, the Stepdad’s made a number of unforced errors, particularly in the first half, but did improve in the second half. This was a much better Stepdads team than the score reflects, and they will feel they let themselves down. Carew’s Corner played a perfect game with great distribution and a fly-half/centre combination that dominated and backs and forwards who linked well. Captained by Neil Rautenbach, Carew’s Corner looked like a well-balanced team.

Flaming Leprechauns 17 (3) VS Personal Trust 19 (3)
The closest game of the tournament so far, where either side could have won. The sides separated by a conversion. A very physical encounter and tempers frayed at times. Personal Trust dominated proceedings early on, but the Leprechauns came back in the second half and had a chance to win it towards the end. Damian Rawstone scored two great individual tries for Personal Trust. The Leprechauns have a strong pack of forwards ably led by Brad Bosman.

Stepdads 22 (4) VS Personal Trust 24 (4)
The Stepdads played to their full potential in this game and scored four very good tries. Wes Chetty was back to lead the team and they played some great rugby at times. Again, the sides were separated by a conversion. For Personal Trust, attitude on defence and first-time tackling was the difference in the end. The boot of fly-half Lubbe was also key, particularly in getting strong field position. 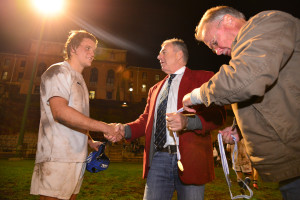 Flaming Leprechauns 15 (3) VS Badgelors 15 (3)
In the second close game of the night it ended all even for the Leprechauns and Badgelors, which meant no one team lost every match. It also meant the two teams will play for the Bronze medal in the finals. On the night it was a fair result as neither team deserved to lose in a high-quality game.

Carew’s Corner 22 (4) VS Striped Horse 00 (0)
Carew’s corner kept to winning ways with a good win over a plucky Striped Horse team, retaining their ‘favourites’ status. Again, on attack they were devastating with a number of good runners in the team. The loose forwards and key players in the backline were able to get over the advantage line and create try scoring opportunities.

Flaming Leprechauns 32 vs. Badgelors 12
Having narrowly lost two games and drawn one, the Leprechauns turned up the heat and convincingly beat the Badgelors, giving us an idea of what could have been if they had played this well earlier in the tournament.

Stepdads 19 VS Striped Horse 12
After ending the league portion in third position on the combined log, the Stepdads beat Striped Horse to cement their place as the third strongest team in the competition in a closely fought and physical game. 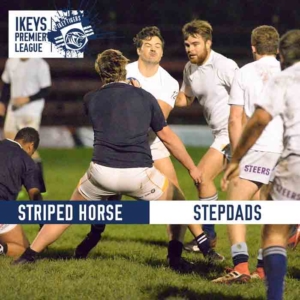 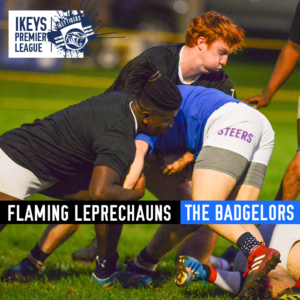 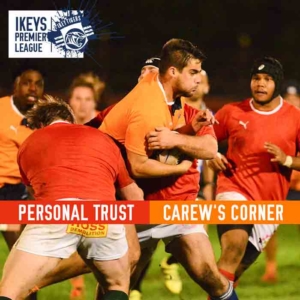 The consensus of all of those involved is that this should be an annual pre-season competition, that it helped build on the great spirit that exists at the club, and that it has bonded players from different teams into one big family. All of the players got together afterwards in the pub and sang the Warrior Poet song, bringing a fitting end to the series.

Check out the pictures here: http://ikeytigers.com/ipl-2018-after-party-celebrations/

Getting up on a Monday with tears running down your warrior face? This will make you feel better. #BlueAndWhiteMonday #TheWarriorPoet #OnceAnIkey 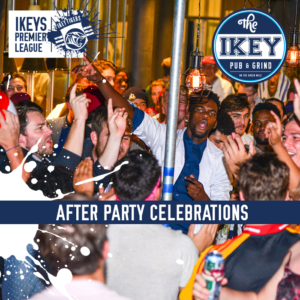 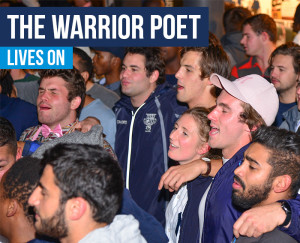