Ikeys continue to be influential in rugby around the World. Looking at the updates one of the significant statistics to stand out is the number of Ikeys in leadership roles. Siya Kolisi for the Springboks, Dillyn LLeyds (WP), Nama Xaba (WP under 21), Michael Willemse (Kings) and Don Armand (Exeter, UK). 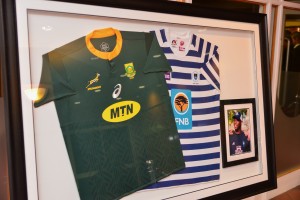 Three ex Ikey rugby players Damian de Allende, Siya Kolisi (captain) and Eben Etzebeth started and featured strongly in the historic win over the All Blacks in Wellington. The other great news for Ikey supporters is that Sikhumbuzo Notshe made his run-on debut for the Springboks against the Wallabies at the Nelson Mandela Bay Stadium on Saturday 29 September, when the two teams met in the penultimate round of the Rugby Championship.

WP coach and Ikey John Dobson made the following remarks following Notshe’s selection; “What’s changed dramatically with him in Super Rugby this year is his work rate on the field. A lot of people have levelled against his physicality, but he’s got so much intensity. I think he has matured a lot. I couldn’t be happier, because he puts so much effort in and he’s such a good guy”. 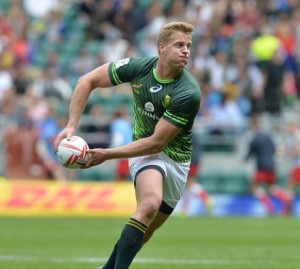 WP the reigning Currie Cup champions (and unbeaten at the time of writing) have featured a number of Ikeys in their line-up. Some have been called up to represent the Springboks, but others to feature are Dillyn Leyds (who has deputised as Captain for a few games) and three front rowers in Michael Kumbirai, Scarra Ntubeni and Chad Solomon. The coaching staff are also made up of Ikeys in John Dobson, Hanyani Shimange and Gareth Wright.

Ex Ikey Captain and flank Luke Stringer is featuring for the Sharks having started some games and in from the bench on others. Nic Groom returned from injury to play for the Lions off the bench in their loss to the Sharks. Another Ikey to feature at the Lions is prop Sti Sithole, who has been in the starting XV.

Dylan Sage left the sevens setup to join the Pretoria based Blue Bulls. Sage’s last engagement with the Blitzboks was their Rugby World Cup Sevens campaign in San Francisco, where they finished third by beating Fiji. On 6th September he played his first game for the Bulls coming off the bench in their win against Griquas. 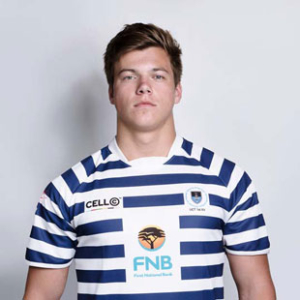 The EP Kings are playing in the Pro 14 and are captained by ex Ikey hooker, Michael Willemse. Huw Jones (just returned from injury) and Oli Kebble are in the Glasgow Warriors team taking part in the Pro 14 competition. Oli did not make the recent visit to SA due to a head injury.

Nizaam Carr is playing his trade at Wasps in the English Premiership competition along with fellow South Africans Juan De Jongh, Ashley Johnson and Willie Le Roux. At the time of writing the team was in third position on the log with Nizaam making a big impact since joining.

Don Armand is captaining a very successful Exeter Chiefs side in the English Premiership, currently in second position at the time of writing.

Finally, Jarryd Sage is playing for the Newport Dragons in the Pro 14.

The Boys Are Back in Town
Scroll to top