Celebration of the lives of Jill and Doc Cecil Moss

With the recent passing of Jill Moss and the anniversary of the death of Doctor Cecil Moss, much-beloved Ikey legend, it was felt that we should have a small (Covid restricted) celebration of their lives. A small function was held at WPCC, attended by some of the players he coached and his son Jaime.

Ian McCallum, former Springbok fullback and Ikey great gave the main tribute to Jill and Doc. He remembered Jill as a real lady who was always immaculate in dress and appearance and who was never fazed when Doc brought players unannounced to their home. She brought Doc back to earth and was a perfect foil to Docs diplomatic manner in dealing with problems. Jill would let you know.

Ian followed by John Le Roux, Derick Van Den Berg, Mike Hoard, Butch Deuchar and Jaime Moss shared both touching and funny stories about Doc and Jill Moss. Peter Berning also sent a message to be read to those who attended. From tours to Zimbabwe, Springbok trials to the first heart operation (Doc was an Anesthetist), there were plenty of stories to tell. Doc’s children, Jaime and Tessa, were also thanked for sharing their father with UCT rugby, which impacted on their time with him. Amid the Covid pandemic is was a most enjoyable function for like-minded people to celebrate the lives of two very special people.

Former Ikey captain, Ntsolo Setlaba, who captained the Ikeys in the 2012 FNB Varsity Cup has just completed his MBA at Luxembourg. Ntsolo has also played rugby for Rugby Club Luxembourg in the past few years. RCL is a rugby union club, based in Cessange, Luxembourg City, in southern Luxembourg. Luxembourg has no domestic league of its own, so RCL plays in the German Rugby-Bundesliga, having previously competed in the Belgian and French National Leagues 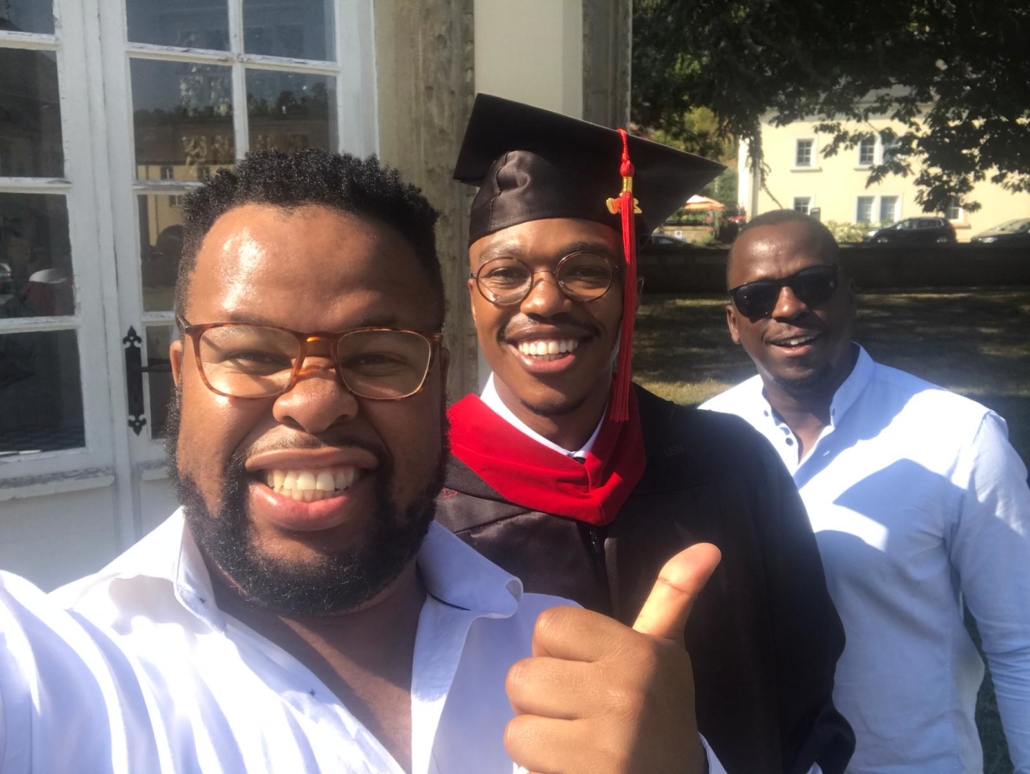 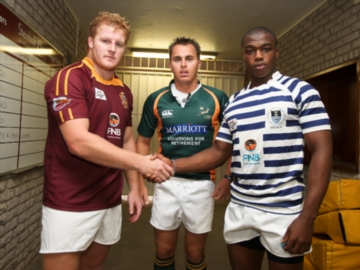 Ikeys in the Scotland Squad

Ikeys, Huw Jones and Oli Kebble were selected for the Scotland squad for the conclusion of the 2020 Six Nations. Oli is currently playing his club rugby at prop for Glasgow Warriors. Huw also plays for Glasgow Warriors. Huw has recently moved from centre to fullback, where he has been Impressive. Oli Kebble came off the bench in the 53rd minute of the 14-10 win against Wales last week.

Oli Kebble in the centre of the picture and Huw Jones to his right at training. 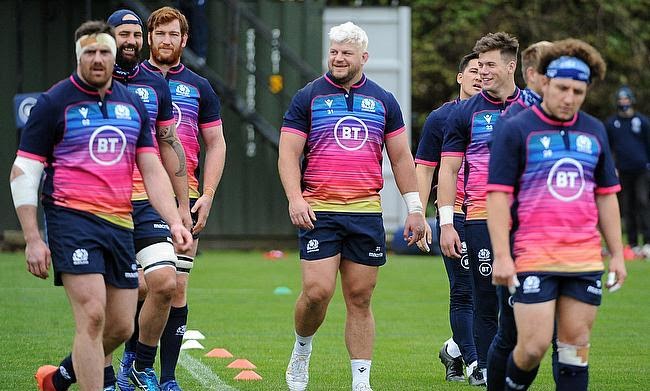