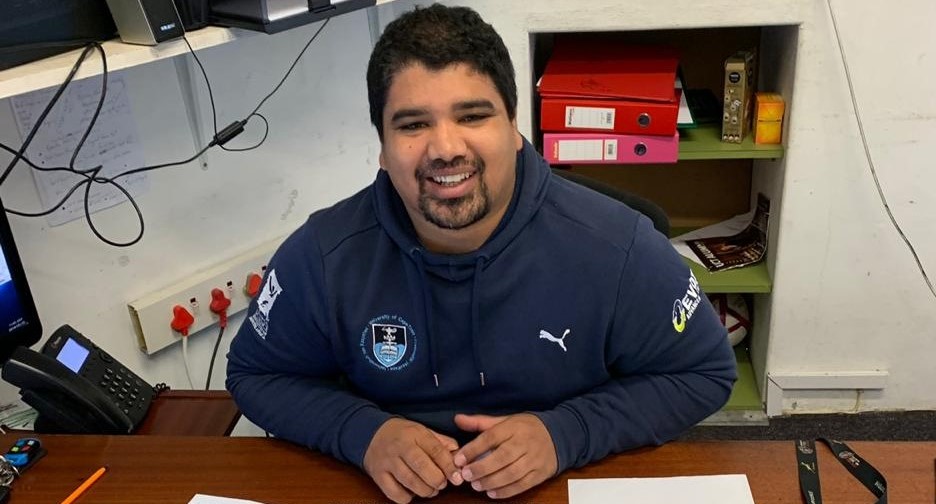 Clement Le Roux will be leaving his position as an administrator at UCT Rugby to take up a promotion to a more senior position at UCT.

Clement is a well-liked, friendly and popular person at the club and will be missed.

We asked “Clem” some questions about his time at the club.

Tell us how and when you first became involved with the club in an administration capacity?

Tell us a bit about your week-to-week responsibilities at the club, and what your role is all about?

I was responsible for making sure we have clean jerseys for matches to the registration of players in league and tournaments. I did a lot of planning and budgets. In short, I had to make sure the Club ticks.

I would say the best thing about being part of the Ikey Tigers are the friendships I have built along the way.

Fondest memory of your time at the Club?

I have three actually, the first being my first experience of Intervarsity at the Danie Craven Stadium (which we won) and the second was winning the league title – yes, I was here for that too. Then thirdly in 2014 when we had the best comeback of all times in sport when we came from behind to beat NWU-Pukke on their home turf to win our second Varsity Cup trophy (that was special).

In the time that you have been at the club what would you consider the clubs best achievement/result and why:

The best and worst thing about being a rugby administrator today:

Being a people’s person, the best thing, as I have mentioned was the relationships I have built through the years. Players use to come and visit me just to have a chat and I was there for them.

The worst thing was being misused as an administrator, I didn’t mind going over and above my means but there is a limit to everything. I will leave it there.

One thing you will miss most about the Club

The thing I will miss most is the working and personal relationship I have built up with Gavin Sheldon. I really have him to thank for a lot that I have achieved in my life. That’s probably the biggest thing I will miss most about this club. Thank you, Gavin. Then secondly the office I worked in which had no windows. The highlight of my stay at UCT Rugby. I’m going to miss that little office of mine.

What are you going to be doing now?

I have been appointed as a Sport Coordinator at UCT, where I will be overseeing 12 sporting codes.