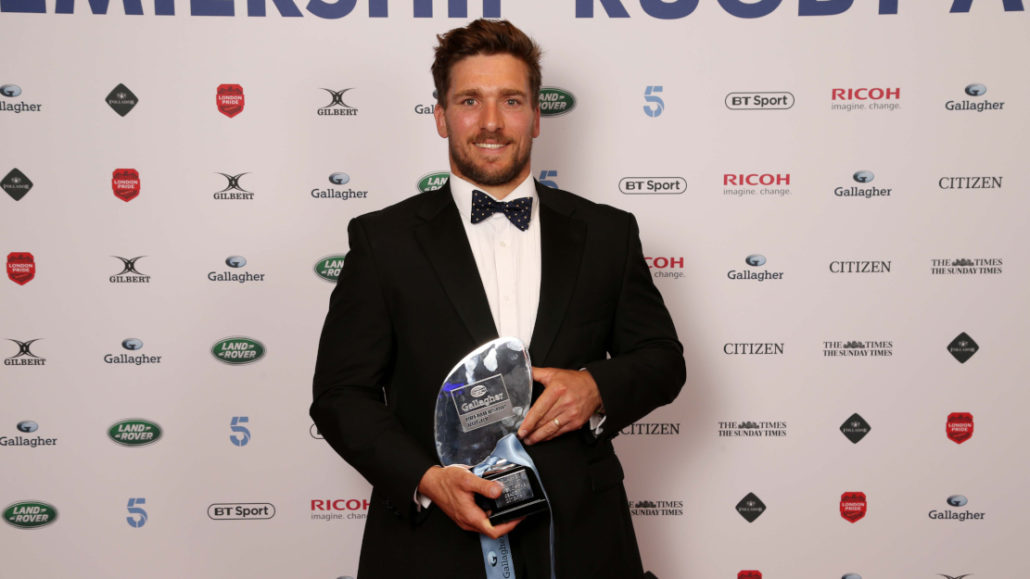 Ikey Legend, Nick Fenton-Wells (Bristol Bears), was named Gallagher Community Player of the Season on Wednesday 22 May at the 2019 Premiership Rugby Awards.

The award celebrates those who go the extra mile to make a difference in their local community– emphasising how much good Gallagher Premiership Rugby stars do in their own time.

We caught up with Nick, and he shared with us how he obtained this award.

When Pat Lam arrived at Bristol Bears he asked players to apply for the leadership group. I had a keen interest in leading in the community and applied for the community role.

Bristol Bears have an outstanding Community Foundation who reach out in the wider Bristol community and do work across a broad spectrum of programmes to help those in less fortunate positions.

The vision for the Bristol Bears is to “Inspire Our Community Through Rugby Success” and so with that and the Community Foundation I felt I would’ve done a disservice to the Bristol Bears Community and the players if we didn’t get more of them working in these programmes.

In my first season in the role, I made it my goal to create more awareness for the squad around all the programmes offered by the foundation and building relationships with the leads in each of the programmes. I’d try and get different players to different programmes so that they could talk among themselves about their experiences.

In my second season, it was about creating better communication pathways between players and the leads of the programmes in the foundation.

Thankfully over the 2 seasons, with the guidance of a strong club vision and the Bristol Bears Community Foundation being as exceptional as they are, we managed to amass over 500 hours of player activation in the community.

Director of Rugby, Lam said: “Nick has a detailed understanding of our culture and vision. He epitomises that commitment to our community and we believe he will be a phenomenal Team Manager.

“When we revealed the appointment to the squad in a team meeting, there was a fantastic reaction and a standing ovation for Nick – that underlines how much he is trusted and respected by the group.”

The Club is incredibly proud of Nick’s achievement, and we look forward to hearing about his future achievements as part of the Bristol Bears team.