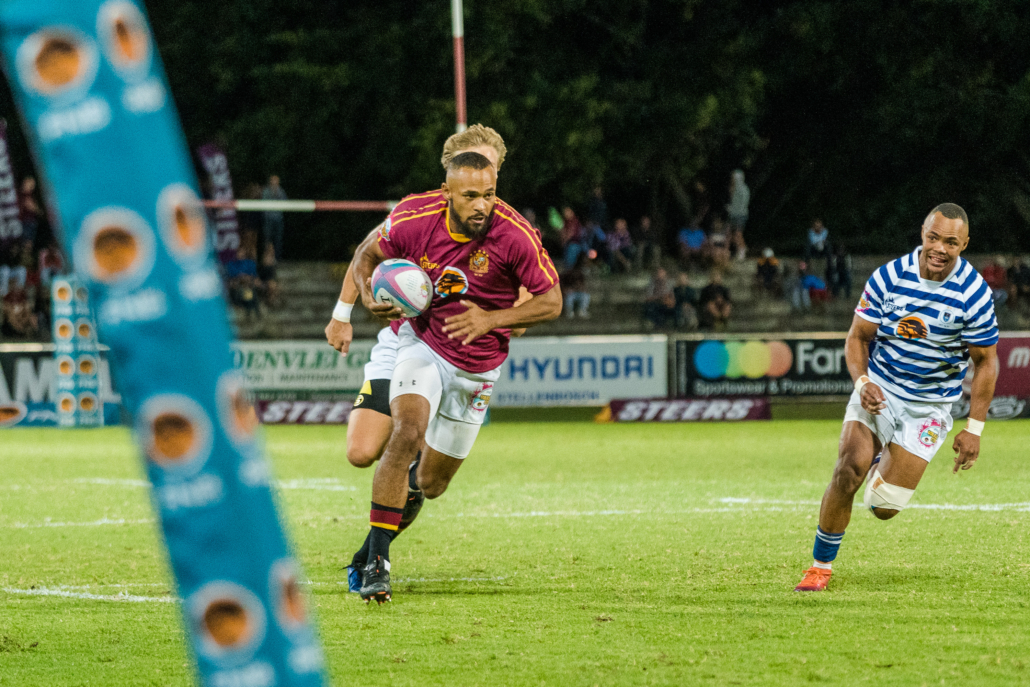 The Ikey Tigers experienced the bitter taste of defeat, in a narrow 8-7 loss against archrivals FNB Maties at Danie Craven Stadium on Monday evening.

Round six of the FNB Varsity saw defending champions FNB Maties taken all the way by their cape rivals FNB UCT.

With both sides coming into the match undefeated up to that point, the match was always bound to be a cagey affair, and it was exactly that.

The home side struck first with a try from their captain Ben-Jason Dixon. Flyhalf, Reinhardt Fortuin, was unable to add the extras in the howling wind.

What followed was a real battle of attrition as neither side refused to give an inch to their opposition. The Ikey Tigers discipline let them down in the first half as they racked up 12 penalties against them by halftime.

In the second half the visitors were a lot more clinical with ball in hand and found themselves deep within in the FNB Maties half on numerous occasions.

After almost sixty minutes had passed since the last score, it was the home side who extended their lead very much against the run of play. A penalty by center Cornal Smit stretched the lead out to 8-0.

FNB UCT refused to give in, as they once again found themselves camped in the Maties 22 with less than 10 minutes on the clock. Eventually, scrumhalf Kyle Bowman found a way over the line to set up an exciting finale.

Flyhalf James Tedder added the extras and the Ikey Tigers found themselves trailing by one point with the restart to come.

The visitors showed determination and grit to work their way into FNB Maties half but unfortunately, it was not to be as FNB Maties claimed a one point victory and their 21st consecutive home victory in the FNB Varsity Cup.

That run extends back to their loss in the final against FNB Pukke back in 2016, a run FNB UCT would love to break should the two sides meet at the Danie Craven again.

The Ikeys will be looking to get back into winning ways when they take FNB Shimlas.

Catch the Ikey Tigers at home on 16 March on The Green Mile. Kickoff at 7pm.