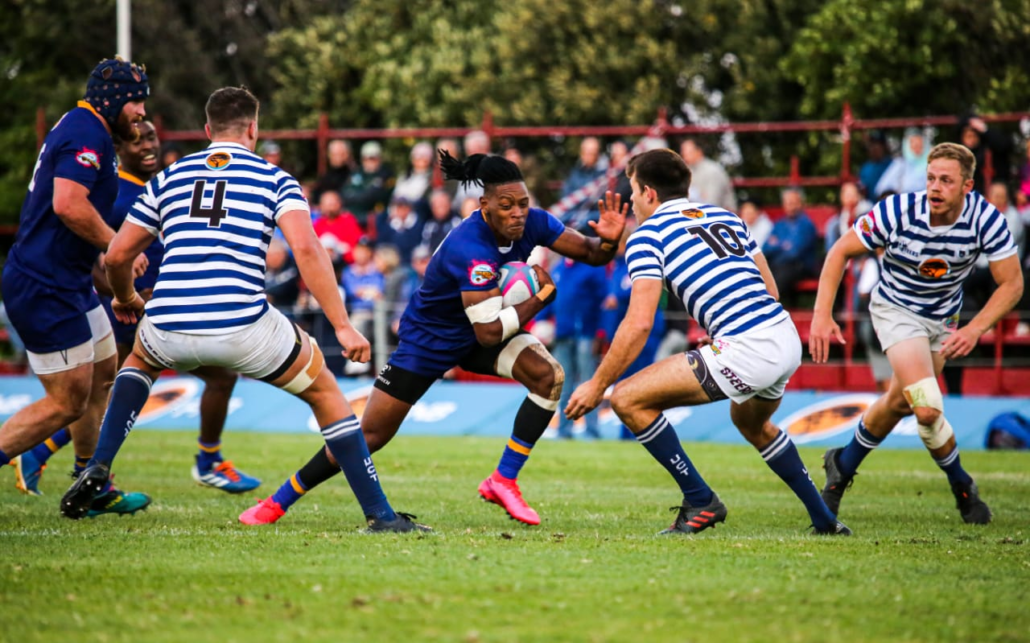 The Ikey Tigers survived a late onslaught by FNB Wits to share the spoils as both sides remain undefeated in the competition.

In round 5 of the FNB Varsity Cup FNB UCT returned to the Green Mile to host their northern rivals FNB Wits.

With both sides coming into the match undefeated thus far in the competition, the match started off as a cagey affair.

FNB Wits, playing against the wind, did incredibly well to hold onto possession as they forced FNB UCT onto the defensive.

Eventually the home side conceded a penalty in a kickable area and Kurt Webster made no mistake slotting the kick, putting FNB Wits on the scoreboard.

The home side responded through a fantastic try by fullback Athi Gazi, as he beat two defenders on his way over the whitewash to score the Ikey Tigers’ first points of the match. James Tedder added the extras and FNB UCT went into the break with the scores at 7-3.

In the second half it was the home side who dominated both territory and possession in the early stages. James Tedder kicked over a penalty in the 53rd minute to extend the Ikey Tigers’ lead to 10-3.

FNB Wits continued to push for a try of their own as they were met by a defiant FNB UCT defence. Lock Emmanuel Tshituka eventually broke through, late in the game, to set up a thrilling finale.

Aidynn Cupido broke the line late on in what looked to be a game changing moment with just seconds left on the clock, but the home side were able to shut down the attack as they earned their second draw of the competition.

The result leaves the Ikey Tigers in third position log, tied with arch rivals FNB Maties ahead of their massive clash in round six.

50 Caps for this Chap – Rayno Mapoe
Scroll to top