The young men who sweat blood and tears for the honour and privilege of wearing the iconic blue and white of the greatest rugby club in the world, UCT, the Ikey Tigers, go into the under 20s (under 19s, in my day), full of piss and vinegar, and emerge a year or so later, men, bold, strong men who uphold the finest traditions of UCT rugby. Unless these young warriors have undergone a tragic transformation, one of the incentives of playing for the Ikey Tigers, or the Young Guns, is to pull the chicks. Forgive me ladies; their terminology, not mine.

Without the support, encouragement, and the potential allure of becoming a willing victim of the charms of the ‘UCT Ladies’, only slightly demented men would have signed up each year for months of torture, the scathing tongue of the coach, the blisters, bruises, broken bones, the ‘lammies’, the cuts and black eyes; and worst of all, when after the game, your girlfriend said sotto voce: ‘Sweetie, you didn’t have a good game, did you?’ That was the unkindest cut of all. 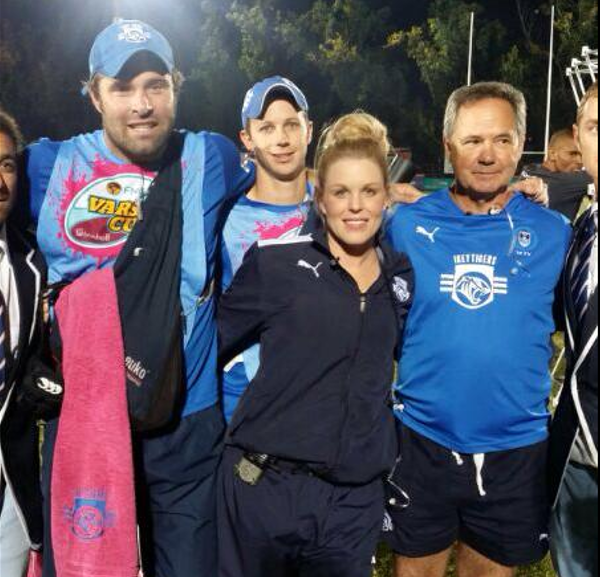 I met Fallon when I was trying to get my ageing body into acceptable shape at the Sports Science Centre. She was charming, helpful, and full of expert biokinetic knowledge. What more could a man expect from a trainer? Imagine my dismay when that ever lean, fit old bloke named John Le Roux, concocted some terrible subterfuge to ‘get his blood pressure under control’, sheepishly muttering that he had hired Fallon as a personal trainer. I pondered to myself that this was a classic piece of bull ordure, but had to admire John’s move.

Fallon has been a bio-keneticist at the Club since 2007 and has proved integral to the Club’s success over the past decade. Here she writes to us from behind the scenes, and shares her treasured experience as a UCT Ikey lady.

My Ikeys journey began in 2007 whilst I was doing my internship at The Sport Science Institute of South Africa (SSISA). I had moved from JHB (Born and bred) with the idea that I would ‘suck up’ a year in Cape Town, get the experience I needed, claim the association with SSISA on my CV and head back to JHB to start my bio kinetics career ! However, this all changed when by chance I came across an email that had been sent out at the SSISA asking if anyone would like to help out an u20 team. The coach would be some guy called John Dobson.

At that stage there was no Varsity Cup, there was no fancy marketing and no new change room. There was not much at all but there was something very tangible in the atmosphere, (without abusing the cliché) an amazing vibe. And so the season began! From running in to the forests and getting lost, to the boys being met by a crazy army man in Simonstown and going through drills for the better part of 4 hours, and slowly through this boys and coaches (myself included) from totally different backgrounds slowly became friends and the bug had bitten ! 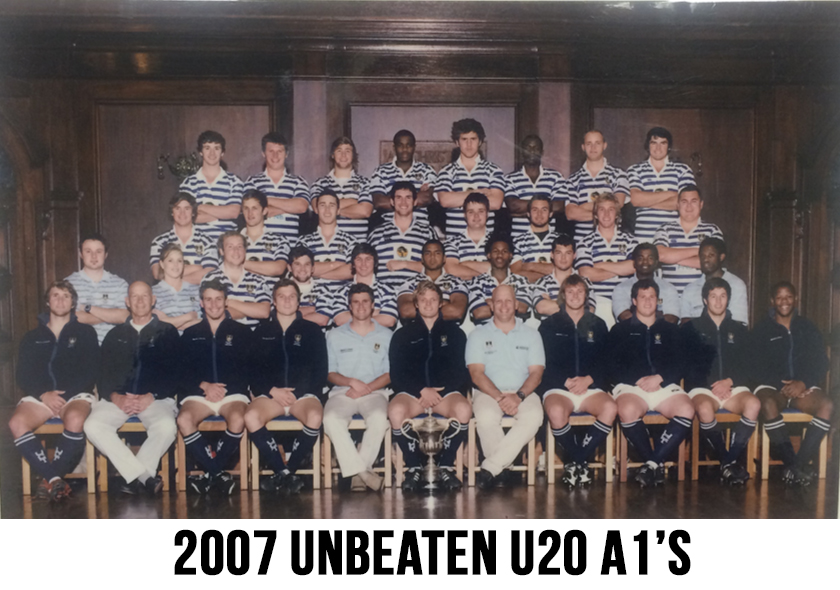 We had an incredibly tight group, John Le Roux who would be one of my clients had a lot to do with that. We didn’t have much, but we had it all. There was so much support drummed up around the 2007 group. We went on to win the u20 league and remained unbeaten in 2007. It is still one of my fondest Ikeys memories and seasons!

The following year John Dobson was promoted to the first team and slowly the UCT that we know today started to come alive. Dobbo introduced the warrior poet as the Ikeys Club song, he set in place that UCT rugby stands for producing not only good and talented rugby players but GREAT human beings and GREAT men and of course the touch of pink that we still have now in our water bottles and towels! I was (and still am) in awe of all this!

Gunner Hughes took over the u20s and did a superb job with the u20’s over the next few years and I decided to hang around and continue the work we had started in 2007.

A lot of people will remember the first change room overhaul, where the first team came in and broke down the old change room and repainted and tried their best to renovate! The job wasn’t too bad considering I suspect a number of the boys may have had pre-renovation beers, in the end it turned out amazing and gradually we see what we see today. 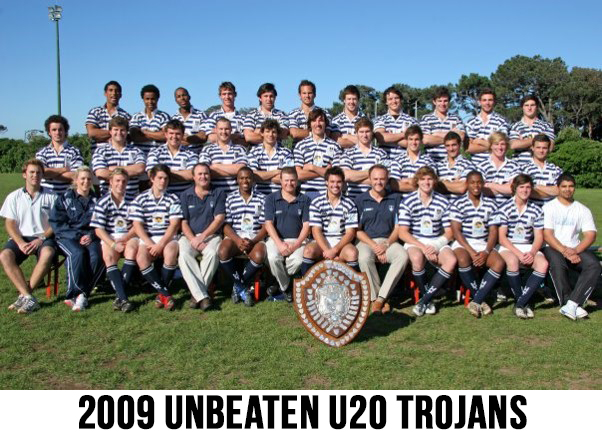 There is still something about rugby at UCT that keeps me coming back year after year. The cold Saturday mornings at the club, the standard smell of greasy boerewors rolls (John Le Roux do not read this!) and of course the post-match drinks as we all enjoy the Saturday afternoon down at the club.

Every year I have somehow been involved in UCT rugby. It never gets old or boring, in fact, I am rather bored when I don’t have Ikeys rugby! Watching rugby on the green mile and supporting the players and knowing that I have a part to play in making sure that the team is successful is a very important reason as to why I keep returning in each October for the start of the pre-season.  I have met the most wonderful people and watched boys enter at u20s and leave as GREAT MEN and move onto such great things, both on the field and off. This leaves me with a massive sense of pride and fulfilment. 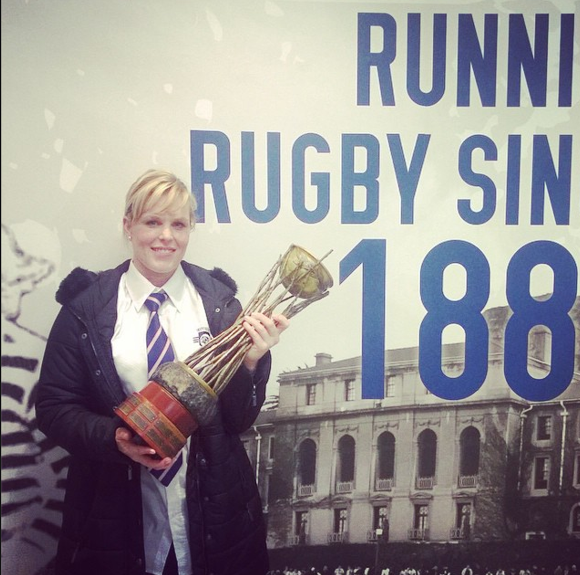 UCT RFC has changed a whole lot since those early days where we would have to make a tunnel in the pub to let the first team walk through from their change room. I met my boyfriend at UCT, most of my friends are or have been involved at UCT and the memories from the initial days of naming the u20 team the “Trojans” to winning dramatic Varsity Cup finals. Somehow UCT rugby has always been there for 9 years and in that sense UCT is the same – Good people gathered together enjoying the great game of Rugby.

A Tribute to the Ikey Ladies

Ladies like Fallon Hope, Lisa Gagiano and June Forte, the long suffering girlfriends and wives, are the backbone of our great rugby club. Their contribution deserves special recognition and applause from all of us. I suggest that without the contribution from the Ikey Ladies, the Ikey Tigers would soon lose their claws, and become tame pussycats.