You are here: Home / History / An Introduction to our New Ikey Patron: Mr Neville Isdell

An Introduction to our New Ikey Patron

If Neville Isdell declared that he was in training for a journey into outer space, when Elon Musk gets his rockets in a row, my response would not be one of surprise, or disbelief. Neville has thrived on so many challenges on this planet, why would he not look further afield? 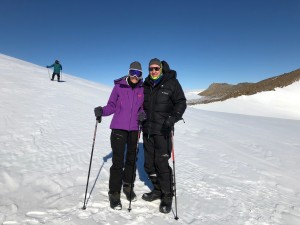 The newly anointed Ikey Patron was born in Ireland, raised in Zambia, fine-tuned at UCT, and fully rounded off in so many different countries and places that Pamela (his wife) keeps an abacus to count them. In his quest to explore new, uncharted waters, Neville is quite capable of being the first Ikey in far off outer-space; although we all know that spaced-out Ikeys are not uncommon.

UCTRFC is at a challenging stage of its illustrious, often turbulent history. It is not the first or last time that Ikey rugby has to call on all its resources – the primary bedrock of which has always been its people, its community.

Yes, Ikey rugby has received generous support from outside investors in excellence in sport and academic achievement, designed to equip young men with a complete set of tools and attitude to all aspects of life, enabling them to go out into the big, wide world and dispense the Ikey Spirit to the far corners of our planet. But, and it is a big but, the core of our capacity for survival and excellence as we at UCT define it, has been, and will continue to be, our people… ‘Our Ikeys.’ 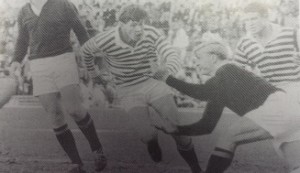 Neville Isdell is not just becoming our new Patron. Neville is a shining example of what a lanky redhead from Ireland, Zambia and Smuts Hall – by taking the lessons learned on Ikey and far-flung rugby fields, plus intermittent attendance in the lecture halls – can achieve.

As in all other aspects of his colourful and effective life, Neville will think deeply about his role as Patron. To steal from the words of a highly articulate former USA President, JFK- it is not so much what our Patron can do for us, but what can we do to help him inspire and lead the club in 2018 and going forward, in tandem with the outstanding leadership team at the helm of UCT rugby.

The support the Club has received from generous and caring donors from within its own community is priceless; as is the mountain of work the leadership team has, and continues to perform, with the same zeal and determination many of them displayed on the field all those years ago. 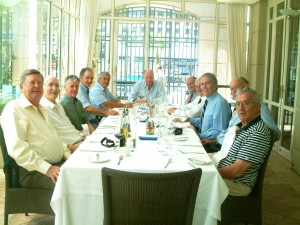 Now is the time for more Ikey Old Boys to join our band of brothers who keep the Club afloat, and forge ahead in the stormy seas of modern times.

A plan, and not quite enough time.’

Ikeys Reach Out at Ceres Rugby Clinic
Scroll to top