You are here: Home / Old Boys / A Tribute to Greg Swiel

There was nothing ordinary about Greg Swiel.

Of all the marvellous players who have worn the blue-and-white Ikeys stripes in the nearly 140 years of club history, not all that many would match him for the maverick nature of his ball-playing creativity, daring attacking initiative, or sheer audacity, allied with skill, in launching counter-attacks from seemingly impossibly deep positions on the field.

Greg’s running angles and change of direction took some getting used to by his teammates, who delighted in learning to read his attacking sorties. Many a try was scored by teammates running support lines off him to capitalize on his often unorthodox offloads. In the Swiel philosophy, the straight-forward lateral pass to left or right made life too easy for defenders; to counter this, his specialities were offloading to deep support, and the no-look pass over his head to a supporting player directly behind him. It looked bizarre but was effective.

Why bash into defenders if you can dance past them? Why try to overpower huge men when you can beat them through skill and acumen? Rugby should be played with unbridled joy. That was the Swiel endeavour.

“Constantly risking absurdity” in the boys’ approach to rugby was a philosophy promoted and encouraged by Basil Bey at Bishops, and Greg embraced that with enthusiasm.

What delight there was in watching the Ikeys play in those days of unshackled running at opponents with ball in hand and avoiding contact by offloading before contact to multiple options of supporting teammates. Greg epitomized that approach.

There was never a dull moment with Swiel at fullback or wing for UCT in the late 70s and early 80s. He was a Newlands crowd favourite, with UCT 1st XV playing almost all their games at Newlands then, with more spectators at those amateur club afternoons than you’ll see at many a Super Rugby game in 2020. He was fast, with quick hands and deceptive feet. He was a finisher as well as creator.

As focused and competitive as he was as a rugby player, Greg was chilled off the field – laidback, always looking for a laugh. He could be a menace on tours because when he wasn’t playing or training, his goal was to have uproarious fun. Teammates flocked around him on tour, in the assurance that whatever he was up to would be anywhere between mildly good fun and uninhibited, riotous chaos. 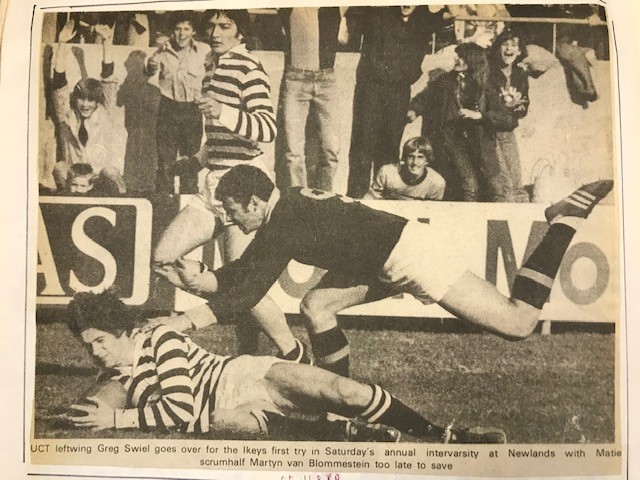 Relaxed as he was off the field, there was no compromising Greg’s fierce commitment to the people close to him. Woe betide anyone who caused affront to his family or friends. That never changed. His generosity, kindness, thoughtfulness, and support of people who needed such, was extraordinary.

Greg followed his UCT Economics Honours degree with a Masters at Oxford University, and for him, expanding the horizons of the mind through an ongoing pursuit of knowledge was a lifelong enthusiasm. He was a rare combination of brilliant intellectual, wise philosopher, and perennially naughty schoolboy, a highly successful businessman whose endeavour was to make money while leaving the other parties in every deal-making money too, and feeling good about the transactions. Neither business nor life was for him a zero-sum game.

In his 60 years, Greg Swiel did his family and friends and schools and universities proud. His sudden, shocking, entirely unexpected passing is so desperately sad. The sympathy, condolences, and love of all who have worn the Ikey jersey goes out to his wife Nicky, his sons Steven and Tim, his wonderful mom, and his sisters and their families, and to all in his wide circle of friends. 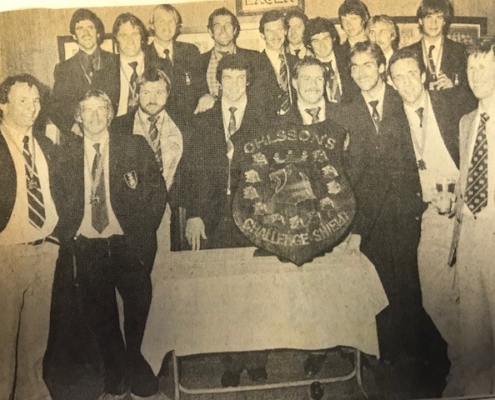 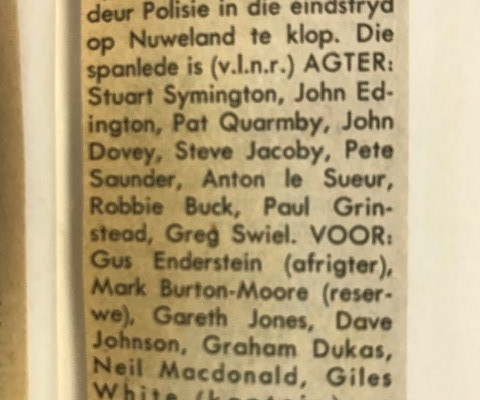 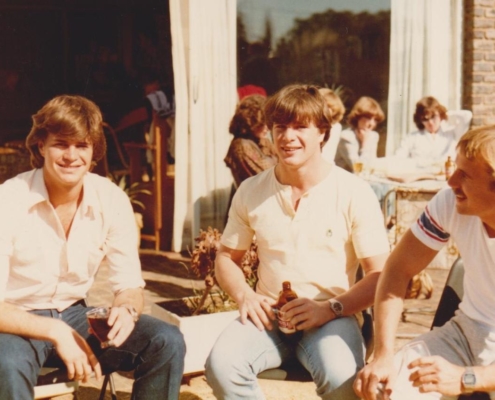 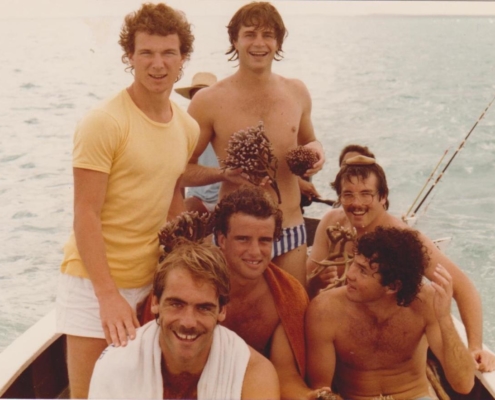